The First Wife: A Tale of Polygamy by Paulina Chiziane 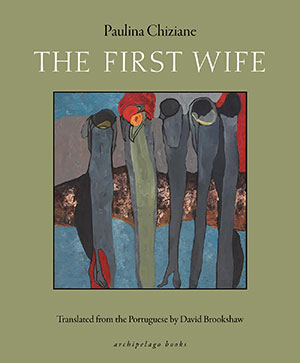 In The First Wife, Paulina Chiziane, the first Mozambican woman to publish a novel, writes from the perspective of Rami, who is Tony’s only wife—but not his only lover. The novel begins with Rami’s quest to win back her husband through fighting his other women—now mothers of his children as well—and “improving” herself through classes on sorcery, cooking, and sex. When Tony continues to spurn Rami, she decides to take a different tack, especially since her encounter with the other women makes her realize that she likes them and even pities their situation, having no marriage to legitimize their relationships and children.

Instead of trying to force her life into the pigeonhole of monogamy introduced to her culture through colonization, Rami decides to return to the cultural practice of polygamy as a way to legitimate all the women in Tony’s life—and to shame him. By inviting elders into the conversation, Rami learns of the role of the first wife—setting up the rota (wife rotation) and cultivating the community among the wives—and takes to heart her newfound status of leader. Rami learns quickly there is agency to be found in polygamy, for now she is part of a community of women that supports each other. With each other’s help, the women develop small businesses and find an economic independence they would never had had access to if they had not embraced polygamy.

Soon thereafter, the women come to realize that Tony is more of a liability than a blessing. They wish to have their weeks with Tony shortened, as taking care of his needs—and his inability to take care of their sexual needs—leaves them wishing for more time without him in the house. Within the wives’ group, there is often discussion of the differences between the cultural practices of those from the north and south of the country; however, any arguments are quickly resolved, as the women know that their community is stronger when they are united in purpose. The proof of their resolve comes in the plot’s climax: when the women feel they have lost control over Tony, Rami sets up an orgy to show Tony that his machismo does not translate into satisfying all his wives in one night.

The First Wife is a meditation on polygamy and the ways women gain and lose agency in both monogamous and polygamous households. The repetitive nature of the narrative mirrors the relentlessness of Rami’s situation—her desire for agency and her acceptance that only her mother’s generation’s marriage practices create any space for women to find power in the household—to such an extreme that the novel ends with a surprise borne of traditional ways. This novel prizes community over solitude among women. The First Wife’s didactic nature acknowledges that the reader may not know the nuances of bride price, polygamy, and other specific cultural practices and explains them without being too disruptive to the reader’s experience, and the reader leaves with a deeper understanding of one woman’s experiences after living in two different marriage models.