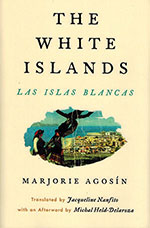 This bilingual edition of verse is a triumph of the imagination as Chilean-born Marjorie Agosín retraces the exile of the Sephardic Jews from Spain after the Alhambra Decree in 1492. Agosín’s soaring lines are a testament to the resiliency of all who have left one home in search of the next as well as the peculiar beauties of the Mediterranean (see WLT, May 2014, 28–29). 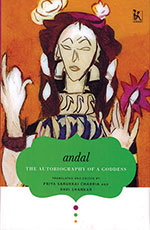 Andal: The Autobiography of a Goddess

Reworked and translated by Priya Sarukkai Chabria and Ravi Shankar, Andal is a collection of the poems and songs of a ninth-century Indian poet. They are centered on her love for Lord Vishnu, whom she courted and eventually married. Using parallel translations of almost every poem from both editors, this compilation addresses the richness of Old Tamil and the difficulty of its translation while retaining the integrity of the original text. 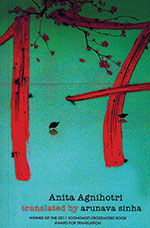 Combining a poet’s eye for capturing images through evocative language and a novelist’s ear for believable dialogue, Indian writer Anita Agnihotri captivates the imagination with this collection of short stories. Composed of pieces drawn from the fabric of everyday life in India, Seventeen is both a compelling snapshot of contemporary India and universal in its appeal to readers of great fiction. 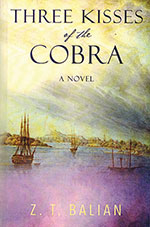 Three Kisses of the Cobra

Three Kisses of the Cobra takes readers on a thrilling adventure that navigates between the seams of empire during the nineteenth century as an Armenian merchant hailing from Persia becomes one of the first settlers in Singapore. Using the “found memoir” as her device, Z. T. Balian re-creates a lost and fascinating world for readers that is sure to linger in the imagination long after the final page is turned. 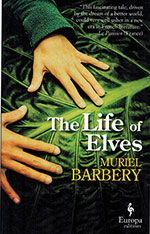 The Life of Elves

Muriel Barbery’s lyrical prose is the perfect vehicle for this stirring novel devoted to the power of nature and art to lift humanity’s gaze above the mundane. Translated from the French, The Life of Elves combines a strong sense of place and time with a unique approach to the fantasy genre, all magnified by Alison Anderson’s masterful translation. 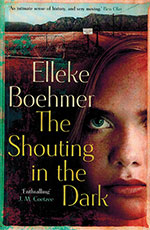 The Shouting in the Dark

A young South African woman is forced to confront her father’s troubled legacy when she discovers that she cannot flee the erupting chaos of apartheid in collapse due to her parents never having registered her birth in their native country of Netherlands. Elleke Boehmer’s taut prose propels her narrator through an all-too-believable re-creation of South Africa’s troubled past toward a more equitable future. Succinct like a boxer’s jab, the poems in Lost Cities Go to Paradise strike their target with surprising precision, often capturing a moment or a fleeting thought before moving on to the next piece. Borinsky weaves the political, the personal, the social, and the trivial into her verse with equal vigor, unveiling a rich tapestry of life in the contemporary world when considered as a whole. 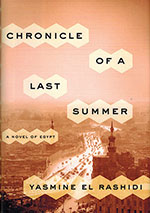 Chronicle of a Last Summer: A Novel of Egypt

Egyptian writer Yasmine El Rashidi combines the coming-of-age novel with the novel of place by mapping out the big moments that erupt in the small spaces of Cairo she inhabited as a girl. Selecting three key summers, drawn from three pivotal decades in Egypt’s history, El Rashidi superimposes the personal against the political to powerful effect. 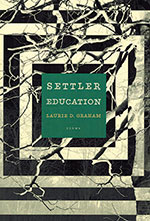 Canadian poet Laurie D. Graham reclaims one of verse’s most vital functions, the evocative retelling of historical events, in this ambitious collection. In her expansive reimagination of the Plains Cree uprising at Frog Lake in the late nineteenth century, Graham invites the reader to temporarily inhabit all the principal players through her plainspoken verse that perfectly evokes time (past and present) and place. 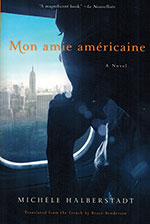 Written from the perspective of one friend to another who has fallen into a coma after a brain aneurysm, Mon amie américaine confronts thorny questions surrounding personalities, especially as they relate to friendship. Though conversational and intimate in her approach, Michèle Halberstadt’s thought experiment probes the core of what makes friendships persist—and dissolve. 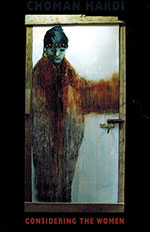 Contemplating life amid political upheaval, Considering the Women addresses the struggles of women in adverse circumstances. Featuring haunting conversations with survivors of genocide in Kurdistan who recount experiences most readers cannot imagine, Choman Hardi’s poetic treatment of tragic stories brings out the loss of her subjects and the emotional price of an observer’s attempt to understand and frame such unspeakable cruelty. 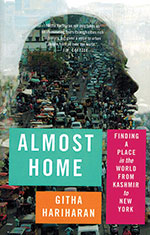 Almost Home: Finding a Place in the World from Kashmir to New York

Almost Home is a complex and fascinating collection of essays that takes the reader on a guided tour through metropolitan areas around the world in search of an answer to the question, “What is a home?” Hariharan investigates some of the most difficult living spaces on earth throughout time in order to find the commonalities among them and the people who occupy them. 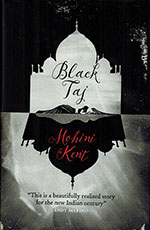 Set in the 1990s, Black Taj uses the cultural scars left by the 1947 partition as the fault line a pair of star-crossed lovers must navigate in order to build a future together. Mohini Kent’s eye for detail elevates this novel above romance fare and ensnares India’s future in its quest to find resolution between otherwise irreconcilable communities. 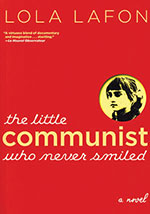 The Little Communist Who Never Smiled

French novelist and musician Lola Lafon weaves a spellbinding fictionalized biography of Olympic great Nadia Comăneci with imagined conversations between author and subject interspersed throughout. Lafon’s approach brings believable drama to events that can only be imagined, hidden as they were from the public by Ceaușescu’s propaganda machine. 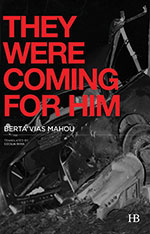 They Were Coming for Him

This novel explores Albert Camus’s final years as his pacifist political stances drove him from the favor of Europe’s intelligentsia. Mixing fact, fiction, and crisp writing that recalls not only postwar Europe but also the French Algeria of Camus’s youth, They Were Coming for Him is a beautiful tribute to one of the twentieth century’s most singular voices. 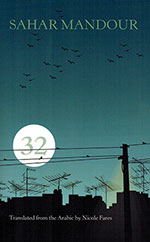 Sahar Mandour conjures modern Beirut in all its frustrating and glorious complexity in this tale of five young women seeking to carve out their place in it. Informed by but not fixated on the chaotic violence that punctuates Lebanon’s history, 32 perfectly triangulates the complex lives of a generation born into a world where disruption is part of the status quo. 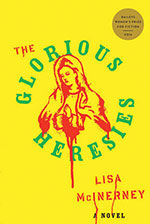 This winding tale of working-class Irish lives balances wicked humor and dark realism to sketch out the many ties that bind its five protagonists. With her unflinching view of a shrinking middle class in decline, Lisa McInerney positions herself as the voice of a new generation of Irish novelists with this debut. 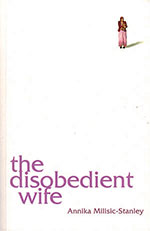 Told from the perspectives of two women in Tajikistan, one a maid and the other her rich employer, The Disobedient Wife is a novel about social and cultural convergence. Annika Milisic-Stanley’s sprawling descriptions serve as a linguistic mirror for the unraveling of both women’s lives. As dysfunctional relationships threaten them and violent extremism threatens their country, these women must draw strength from each other, different though they may be. 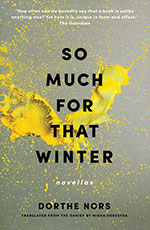 So Much for That Winter

So Much for That Winter is composed of two novellas, both about a Danish woman’s lost love, both told in a unique form. At once clinical and poetic, the stories chronicle, first in choppy, nonlinear sentences and, second, in descriptive lists, what happens after relationships end and people find themselves adrift. Dorthe Nors’s unique narrative style underlines both the loneliness of her characters and the jarring discontinuity of life in a postmodern world. 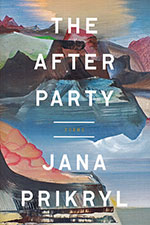 Walking a fine line between urbane and universal, Jana Prikryl impresses with this debut collection of verse. With language both precise and playful, these poems act as the ideal party host, finding the reader where he or she may be and gently encouraging the conversation between the audience and the great American poetry tradition. 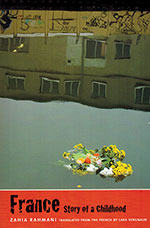 France, Story of a Childhood

Equal parts novel and memoir, France, Story of a Childhood takes an unflinching look at the complex relationship between France and Algeria and, more specifically, at the fates of those Algerians who fought on behalf of France during the Algerian War. Rahmani doesn’t limit her observations to her own personal history as she poses difficult questions about assimilation and the culpability of children for the “sins” of their fathers. 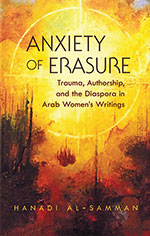 Anxiety of Erasure: Trauma, Authorship, and the Diaspora in Arab Women’s Writings

This volume examines how Arab women exiled by war or oppression have used writing to transform their dislocation into creative power. Al-Samman examines the writing of six women from the past fifty years to discover the threads that draws their work into communication with one another. Together, they address the paradoxical states that arise from being forced, as a woman, from one’s homeland.