The Distortions by Christopher Linforth 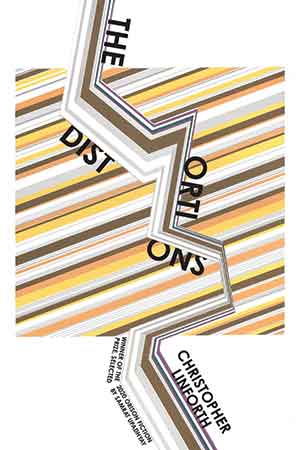 THIS STORY COLLECTION, Christopher Linforth’s third, powerfully probes the pain of those scarred by the Croat/Bosnian Serb War and its aftermath, as memory embeds the horrific twentieth-century past within a grim present. These meticulously constructed characters live beyond the text; their ambiguous fates invade our consciousness.

As their ugly history torments their psyches, they misremember, suppress, or rewrite memory. The mother of one “I” (“May Our Ghosts Stay with Us”) kept him from his murdered grandfather’s cottage to spare him “the blood of the past.” Jana (“Restoration”) says, “Croatia is changing. Rethinking its past,” and Serb-loathing uncle Petar needs no memorial for his dead young son, “We remember.” Both may edit recent history. But Ana (“Darkroom”), Toma (“Sojourn”), Aleksandar (“Restoration”), and various “I” personae (e.g., “All the Land before Us,” “Fatherland,” “May Our Ghosts Stay with Us”) seek to illuminate the past, whatever it may cost them.

Memory tools help store the past: photos, cameras, film, TV. Domineering artist Mara (“Flight”) hoards photos of the one man who defied her. Orphaned Ana’s bedroom becomes a “Darkroom” to develop her endless photos of soldiers and others. The grandmother in “Fatherland” studies family pictures with her grandson to see “who we used to be.” The film studies professor in “May Our Ghosts” obsessively watches TV footage of Serbs killing his grandfather before filming his own body positioned where their victim died.

All exist in a fog of pain, mistrust, and guilt that sows disconnection: shattered families, broken relationships, spiritual malaise within modernity. Mara (“Flight”) calls her latest sculptures “Fractures.” The “Fatherland” persona revisits the site of a troubling memory to “shake up these fragments of my youth.” The narrator in “BRB” adopts as avatar a beautiful young man, finally telling his online love’s avatar that he is a married, middle-aged father and civil servant. But some, like the last story’s narrator, seek reconnection. He adds his commentary to his father’s and grandfather’s, forming a “collage” that “joins three generations.”

Toxic masculinity permeates these pages. Swaggering males enact cruelty, kill animals, love hunting (war being its highest expression), beat wives, and womanize. Zoran (“Men of the World”) states as “a fact of nature,” “Men needed a variety of women.” The narrator in “Fatherland” learns that he once ruined a younger boy’s life by bullying him into killing a wounded bird. Speaking of fathers, he notes: “At home, our mothers worried about our futures, but our fathers did not care. They sat in armchairs and drank rakija and watched TV, and in the evenings, they left to smoke with friends in the café-bars. They were ex-everything: ex-mechanics, ex-police officers, ex-sanitation workers. They were ex-husbands and ex-fathers.” But another boy (“All the Land before Us”) resists his father’s command to kill a dog as sport with the Luger his fascist grandfather employed to murder Serbs in World War II.

Some females retaliate. Mara (“Flight”) uses men “only when she needed them.” Ana, “tired of men and their selfish needs,” locks her two lovers in her bedroom (“Darkroom”). Zorana, a tease, observes: “Men take what they want.” And the wife in “The Little Girls” leaves with a lover, calling her husband, Mislav, a “useless father.” But Mislav is among the few protagonists who find humility and love, memorializing his dead daughter by telling her dolls the fairy tales she once recited to them. And after macho Zoran discovers his wife has loved another, he forgoes hunting his red stag to reconnect with his daughter, alienated by his adultery.

These stories induce what the “I” of “Ghosts . . .” calls “hauntological insights,” later adding: “Periods of reconciliation have come and gone, in a futile attempt to heal psychic wounds, to put the massacred on both sides behind us.”