The Making of Incarnation by Tom McCarthy 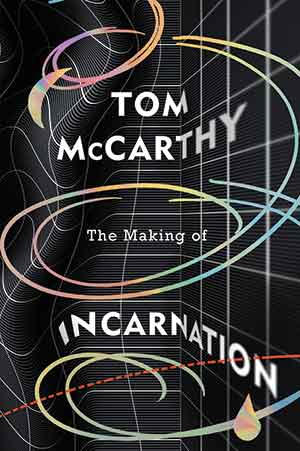 TOM MCCARTHY’S FIFTH novel can be seen as a sequel to his 2015 novel, Satin Island. The narrative of the new book is driven from the perspectives of two characters: Mark Phocan and Monica Dean. The former is employed by a motion-capture specialist company to use digital markers to record volunteers’ movement during sex, while the latter, a lawyer at the LSE, investigates whether everyday-life actions can be copyrighted. What connects these two characters is a movie titled The Making of Incarnation and the tracing of “Box 808,” which has appeared in American psychologist Lillian Gilbreth’s research papers. This missing box is believed by the characters to be the key to disclosing the mechanism of all movements in the universe.

A sense of déjà vu might kick in after reading the first three or four chapters. In Satin Island, the protagonist is also employed by a mysterious company to form a “Grand Report” about human behaviors. Undoubtedly, an overflow of technical terms adds an extra touch of charming geekiness to McCarthy’s latest novel, and its multithreaded structure manages to generate moderate suspense amid the characters’ intellectual adventure. However, the overt similarity between McCarthy’s recent two works might invoke a mixed response. On one hand, this is another novel after Satin Island that does not rely on fragmentary plots to drive the narrative forward. Especially for those who are not familiar with McCarthy’s style of “storytelling,” it would not be easy to get through the first fifty or so pages of smart yet pedantic discourse about copyright law. On the other hand, with whimsical puns glittering between the lines, it has to be admitted that once absorbed into the author’s rigorous reasoning and unrivaled sophisticatedness, readers would not be too bothered about whether the characters remain flat and unchanged throughout.

The Making of Incarnation is a typical McCarthy novel—instead of telling an exciting story, it is more like an academic report. To question the work’s lack of literariness does not necessarily deny its oozing intelligence. For potential readers, whether or not to enjoy McCarthy’s latest work depends on what you expect from reading and how you read it.