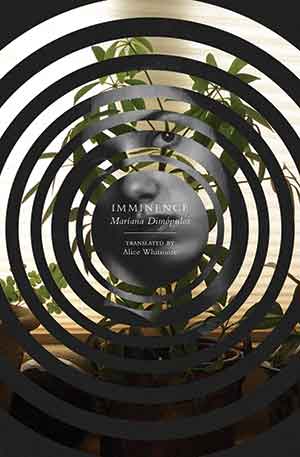 MARIANA DIMÓPULOS’S NEW novel, set in her native Buenos Aires, prods the reader to consider what it means to be a woman. The story opens with the protagonist-narrator, Irina, at home with her newborn son after a long hospital stay due to postpartum complications. Now alone with him for the first time, her feelings of estrangement and detachment are palpable: the baby seems to her to be made up of disjointed parts—a foot, a shoulder—an unfamiliar creature that makes “noises like a forest.”

Irina’s uneasiness contrasts with how her partner, Ivan, seemingly plays the role of a doting parent with natural ease. The author thus challenges the essentialism of maternal instinct and throughout the narrative deconstructs traditional ideas regarding female identity, motherhood, and heterosexual relationships. For example, the protagonist early on describes herself as not interested in the type of “happiness” prescribed by binary gender relations, marriage as women’s ultimate goal, and consumerist benchmarks of personal and social “achievements”: “I’m not the kind of person who could buy a washing machine with someone, some day.” Yet this domestic/domesticated form of happiness fascinates Irina, even if she realizes it can “anaesthetize” and “blind” her.

The narrative tone is matter-of-fact, with a touch of dry humor, and the narrator’s characterizations of people and situations reflect how she portrays herself: mathematically and unemotionally. “I am not a woman,” she repeats often. The narrative alternates scenes of Irina’s present life with images of her younger self, her two best female friends, their aspirations and outcomes, and her previous love relationship with a college professor. As Irina confronts past and present, narrating becomes a tool through which she comes to terms with her own contradictions, expectations, and vulnerability. She lives in the “imminence” of a realization or of a resolution, “the unsolved thing” (the pendiente of the original title) that hovers over her like an impending disaster or failure.