The Touch System by Alejandra Costamagna 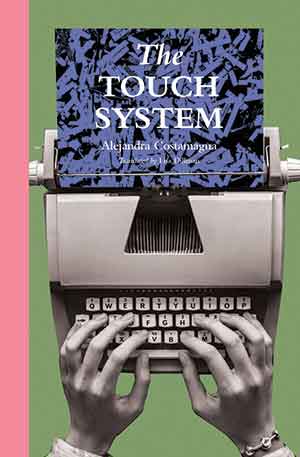 THE THEMES OF exile, immigration, and displacement have been recurrent in the literature of the Southern Cone since the region’s conflictive post-independence years. Argentina, in particular, has produced an important body of literature dealing with such themes, due to the country’s long history of political instability and dictatorships that during the twentieth century forced many Argentines into exile. Additionally, the large numbers of European immigrants who settled in the country in the latter part of the 1800s—foremost among them Italians—have shaped national identity and influenced the creation of some compelling works of fiction and poetry that tell of their plight.

Alejandra Costamagna’s The Touch System, originally published in 2018, belongs to such a literary tradition. The author herself was born in Chile to Argentine parents who had left their country in 1967 to escape the Onganía dictatorship. Whether the novel was inspired by autobiographical elements may be irrelevant; noteworthy, though, is how it conveys a sense of urgency to reconstruct a family’s past and understand one’s own place in the world.

Ania, the protagonist, is a Chilean woman who travels to Argentina at her father’s request to represent him at his cousin, Agustín’s, funeral. As is suggested sparsely throughout the novel, her father was a leftist, forced to leave Argentina for his political views. Ania’s return to Campana, her father’s hometown where she had spent many childhood summers, elicits a series of recollections about the annual trips she made with him across the Andes and her experiences at her grandparents’ home. While memory is the novel’s structuring element, the sense of estrangement and nonbelonging pervades the text. This is expressed mainly from Ania’s viewpoint but also through the perspectives of her great-aunt Nélida, an Italian immigrant and Agustín’s mother, and of Agustín himself. Costamagna thus creates a polyphonic and fragmented narrative in which Agustín’s stream of consciousness alternates with chapters centered on Ania, interspersed with letters, postcards, and photos Nélida wrote while visiting Italy, in addition to pages from a 1913 manual for Italian immigrants; Agustín’s typing lessons; and other extraliterary documents.

Lisa Dillman, an award-winning translator of many renowned Spanish American authors, masterfully renders the novel’s multiplicity of voices, giving full expression to the characters’ feelings of otherness, marginality, and even despair, through a narrative style infused with the same latent emotion we find in the Spanish-language original.