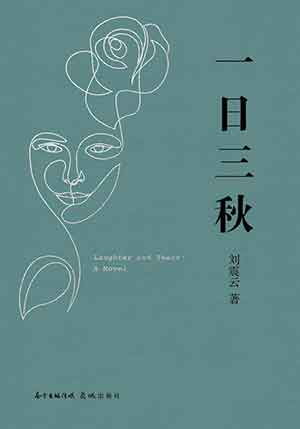 LIU ZHENYUN IS one of the more influential writers in contemporary Chinese literary circles. Along with Mo Yan, Yu Hua, and Su Tong, Liu is considered a prominent figure of the neorealism school. Neorealism was born in the 1980s when the Chinese literary world began to explore writing styles beyond socialist realism.

What is new about neorealism? Instead of writing about great heroes as in socialist realism, neorealism focuses on ordinary people. The focus is on the complexity of human nature, where there are no clear-cut positive or negative characters. Neorealism avoids moral judgment of the characters and does not eulogize or criticize them. It doesn’t sculpt the language but uses the vernacular. Finally, instead of simply copying reality, it draws on the writing techniques of Western modernism, among which Franz Kafka’s expressionism, Marcel Proust’s stream of consciousness, and William Faulkner’s magical realism are the most influential in Liu’s writing.

Liu’s works have always focused on ordinary people. Peasants, soldiers, and minor civil servants all feature as the protagonists of his novels. In his new book, he brings to the stage a variety of characters from the lowest strata of Chinese society, including street sweepers, food sellers, and fortune-tellers, among others. None of them are heroes or even good people. Liu does not rush to criticize them but uses accurate and straightforward language to describe their pain and struggles and to dig into the abyss of human nature.

Yi Ri San Qiu wanders the territory between reality and magic. The story takes place in a small town called Yanjin, also the author’s real-life hometown. However, in the fictional Yanjin lives a fairy named Hua Erniang. She likes to sneak into people’s dreams and demand that they tell her a joke. If they fail to make her laugh, she takes the form of a giant mountain to crush them. For this reason, everyone in the town prepares a few jokes before they dare to go to sleep. Still, not everyone is funny and, as a result, people die.

This seemingly absurd conceit—that lacking a sense of humor will sentence one to death—captures a subtle reality of modern life in China. Like the Yanjin people in the book, almost everyone in Yanjin in the real world also has to survive by telling jokes. This small town with more than three thousand years of history faces the Yellow River and sits at the foot of Tai Mountain. Located in the Yellow River basin, Yanjin has good farmland and is relatively prosperous. Thus, wars have been frequent since ancient times. However, the Yellow River has flooded Yanjin countless times. When the floods come, Yanjin people must flee from famine. As a result, the Yanjin people have developed a forced spirit of optimism. Liu says, “They do not use eggs to knock the rocks and treat the harshness with harshness. Instead, they use humor to turn the harshness into a piece of ice and throw it into the sea of humor.” No matter how bitter the days are, Yanjin people can find fun in them.

If one cannot find joy in the hard days and use humor to resolve the pain, the alternative is to be crushed by hardship.