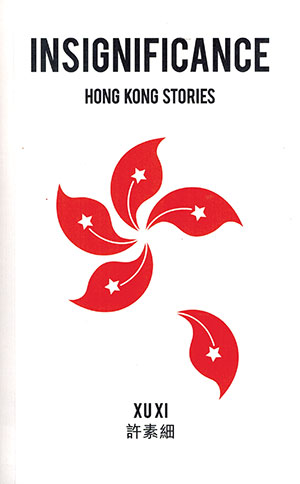 In Insignificance, Xu Xi ambitiously claimed that she was doing a little bit of what Dream of the Red Chamber was doing—to create classic images of what a Chinese novel coming into the modern world was like.

Insignificance is a collection of eleven short fictions dealing prominently with questions of the identity of Hong Kong people. There are colonial vestiges everywhere, as people in “Coincidence” lament: “when Hong Kong was still British; the economy was thriving.” However, the author is obviously more concerned with the present predicaments confronting the people of Hong Kong. In “Off the Record,” she quotes Chairman Mao while touching on the delicate subject of the Umbrella Movement. In “All about Skin,” the story goes from skin color to racism, which is characterized as an infectious disease like avian flu. In “Doghouse Rhapsody,” this “infection” is ascribed to a wide range of sources including air and noise pollution, cigarette butts, and even to the rat meat sold in shops as lamb. Elsewhere, in “Canine News,” the author puts forward a Swiftian proposal for locking up all racists in a giant structure and treating them like dogs.

Readers first looking into Xu Xi may be frustrated with the jumping back and forth in time, the various narrators, and the constant shifting of settings; yet no one can deny that she remains both evocative and efficient as a delineator of character who manages to fit Hong Kong into an eclectic, puzzling, and deeply personal account of her home city. There is also no denying that her engrossing, whirlwind metafictional tales effectively demonstrate the far-reaching effects of politics and culture on the smallest, most personal aspects of Hong Kong people’s daily lives.

Xu Xi used to compare herself to Cassandra. Here in this collection, she continues to wonder if Hong Kong’s future looks like its past or if nostalgia is a dangerous indulgence. What seems to perplex her most is whether Hong Kong will be reduced to an insignificance that denies its British colonial genesis—in this sense, watching Hong Kong seems like a lifelong occupation for this ambitious Chinese American novelist and essayist.