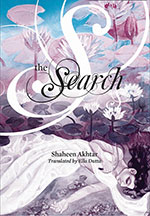 Awarded the Prothom Alo literary prize in 2004, this novel of the struggles, traumas, and survival of Bangladeshi women asks difficult questions knowing that the answers may not matter. Movingly penned and translated, Shaheen Akhtar’s writing eloquently examines the emotional costs of war, whether won or lost, for those who have no choice in their involvement. 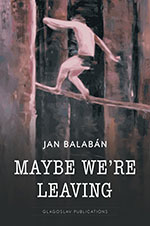 Czech author Jan Balabán strings together a short-story collection focusing on rapidly changing domestic lives and generational interaction in his second-to-last book written prior to his untimely death. The twenty-one stories in the collection are linked not only by their narrative elements but by their no-nonsense tone and stark portrayal of the facets of everyday life in eastern Europe. 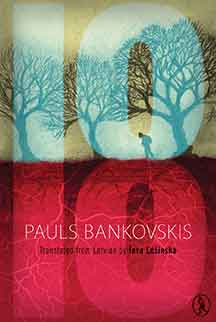 This novel, translated from Latvian and set against an important moment in Latvian history, sees a family trying to unravel the mystery of a digital camera buried in their grandfather’s coat as well as a Latvian soldier’s desertion and travels a century earlier. The stories examine questions of time, growth, and freedom, and the writing is approachable and vivid. 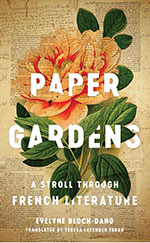 The author of several award-winning French-language biographies, Évelyne Bloch-Dano now turns her talents to an overview and analysis of the roles of the garden in French literature. This charmingly detailed account includes a history of types and styles of gardens, both literary and literal, before examining the various places gardens appear in French literary history, “from Proust to Duras.” 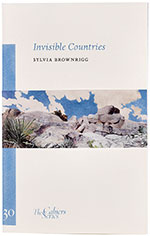 An exercise in art as well as storytelling, US writer Sylvia Brownrigg and UK artist Tacita Dean conspire in one thin volume to take the reader on a colorful adventure through the underbelly of international travel—the inconveniences and inconsiderations that arise from tourism and the dark side of the modern traveler’s urge to escape. When no place sits quite right, can even an invisible country seem overwhelming? 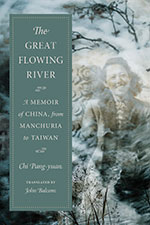 The Great Flowing River: A Memoir of China, from Manchuria to Taiwan

A personal memoir set against the history of modern China and Taiwan, this work, translated from Chinese, follows the author’s journey. From coming of age during China’s war with Japan to her eventual move to Taiwan, Chi’s story remains both intimate and historically connected. The writing is informative but still approachable, giving the reader easy access to this journey. 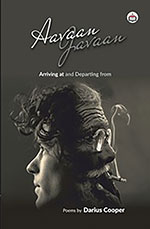 Indian-born professor Darius Cooper has made a long and deeply academic journey to arrive in the world of poetry publication. The poems in Aavaan Javaan are arranged seemingly by form, beginning with longer pieces separated into numbered sections, then moving to some with short stanzas offset on the page, and finally moving to longer, more free-form stanzas before mirroring back at the end, examining all the while the interpersonal and intercontinental bonds the poet has experienced. 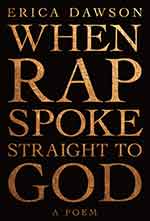 When Rap Spoke Straight to God

Erica Dawson delivers a short collection of long poems that take our current time and dissect it into beautiful and evocative pieces. Harsh but never hard, unflinching but never violent, she speaks to the experiences of black women, celebrating the best of black culture and lamenting its struggles. Wrapped in and elevated by exquisite religious allusions, Dawson’s poetry shines. 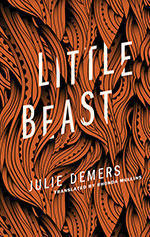 Originally written in French, this surrealist novel features a young girl forced into solitude in the wilderness of rural Quebec after her face begins growing hair. As she struggles to find her place, she comes to appreciate the value of relationships. At times childlike and at others honest, the fantastical, dreamlike writing brings this story to life. 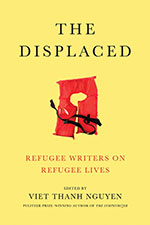 Following an introduction by Viet Thanh Nguyen, these seventeen writers, many once child refugees, tell their stories, reflect on what it means to be a refugee and the expectations that come with it, and consider the dehumanization the recent upsurge in bigotry requires. The essays are consistently both eloquent and riveting. 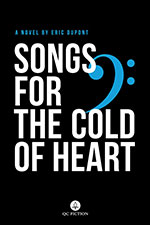 Songs for the Cold of Heart

With literary talent as well as peculiar imagination, Eric Dupont has long been hailed as spearheading the Quebecois literary revival, and in this English translation of his runaway best-seller La Fiancée americaine, we can see why. A book with enormous wingspan and a wonderfully dark wit, this novel offers a panoramic view of the twentieth century as the Lamontagne family struggles to adjust, as all families do, to the swiftly passing years. 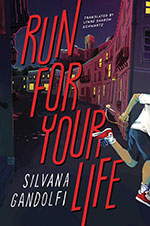 Run for Your Life

An acclaimed Italian young-adult writer and winner of the Andersen Prize, Silvana Gandolfi has penned a true-to-life thriller portraying the lives of two boys forced to grow up quickly when they are separated from their families. The book provides an unflinching and unromantic portrait of everyday life under the thumb of the Sicilian Mafia, written in an accessible but gripping manner for younger, English-speaking readers. 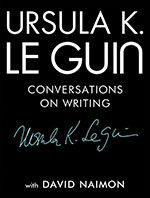 In this small, beautifully crafted book, the conversations range from style to point of view to genre to why we should use “they” as singular. Included are excerpts from the writers Ursula K. Le Guin and David Naimon discuss, excerpts from her own work, her own translation of Gabriela Mistral, and the diagram of a sentence from George Orwell’s 1984 during a discussion of rhythm. Together, Le Guin and Naimon demonstrate engagement at its finest. 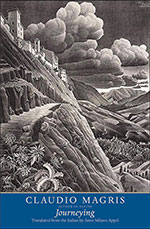 Claudio Magris, Italian writer, wanderer, and professor, presents this collection of essays written over the course of his years of travel. His travels have taken him across the world, and each of these essays is titled after where it was written as well as the inspiration that called it forth, giving easy mile-markers to an academic but eclectic volume. 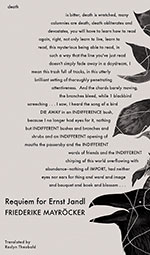 Written in memory of Friederike Mayröcker’s life partner, Ernst Jandl, who passed away in 2000, this collection of poetry serves as an emotional catalog of the coping mechanisms that go into grieving. A eulogy from one of Austria’s most distinguished poets to another, the pieces reflect beautifully on small and large moments of loss, but they do so only on the recto of each page, as if leaving the verso blank for his now-silent voice. 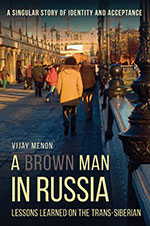 A Brown Man in Russia: Lessons Learned on the Trans-Siberian

Vijay Menon’s account of a young, Indian American traveler backpacking across Russia comes with both travelogue anecdotes and philosophical ruminations. As he encounters and examines the global differences and disconnects in the current world climate, he comes to have a hopeful outlook on the potential for harmony. His amicable writing and easy pacing make for a comfortable read. 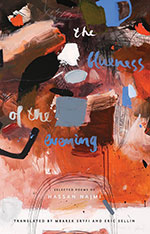 The Blueness of the Evening

Prolific Moroccan poet and translator Hassan Najmi’s collection The Blueness of the Evening represents a valuable window into the emerging world of Arabic free verse, a form only recently gaining prevalence. Packaging together sweeping vistas and ordinary moments, Najmi’s poetry shows an inherent understanding of the truth that “No one hears half voices.” 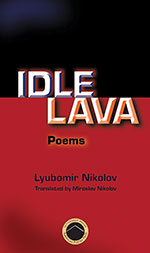 Poet Lyubomir Nikolov delivers his tenth collection, spanning from his homeland of Bulgaria to his current residency in Maryland. Consisting of short lines and soft, domestic subjects, the wording of these poems is accessible and the tone is sweet, while simple turns of phrase and natural imagery unite the subjects across geography. 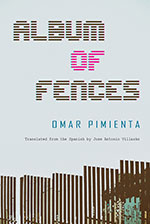 This collection is a fascinating combination of poetry (presented in both Spanish and English en face) and photography portraying the duality of living on the US/Mexican border through personal anecdotes and photos. With little punctuation or capitalization, the pieces feel dusty yet hurried, as if rushing to convey meaning against a backdrop of transnational urgency. 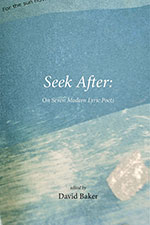 Bringing together twenty-five “poet-critics” of the modern era, this collection seeks the heart of lyric poetry’s seven most prominent writers from England and the US: John Keats, Walt Whitman, Emily Dickinson, Wallace Stevens, Marianne Moore, Gwendolyn Brooks, and
W. S. Merwin. Spanning from the erudite to the everyday, these essays give readers access to the underpinnings of an often-obtuse art form and, while academic, can give readers a deeper dive into this form and the writers who embody it. 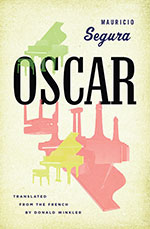 Chilean-born Quebecois author Mauricio Segura brings forth an enchanting and lyrical novel of the tragic consequences losing a loved one may have—and the dangers of impulsively grasping at greatness. After the death of his brother, pianist Oscar (based on Oscar Peterson) loses almost everything and in a moment of desperation trades his soul for a sweeping talent. The book likewise sweeps across decades, showing Canada throughout the early twentieth century and paying tribute to a true icon of jazz. 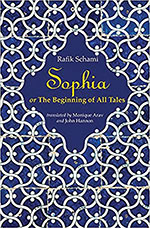 Sophia: Or the Beginning of All Tales

A Herman Hesse Prize-winner and Syrian exile living in Germany, Rafik Schami returns to his native Damascus in words to tell a story of the power of love despite separation and political turmoil. Set just before the Arab Spring, this intricate and passionately penned novel shows that the love you choose may be true, but we are all beholden to the long threads of fate. 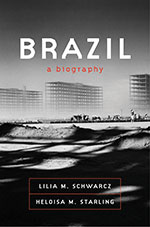 Translated from Portuguese, this biography of a nation spans five hundred years, from European colonization to the 2016 Summer Olympics. Covering economics, popular culture, and anthropological and historical scholarship, Brazil follows the political and cultural developments that have left a legacy still tangible today. A thorough and engaging read, this work is packed full of insightful accounts. 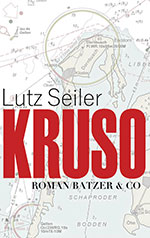 Lutz Seiler, winner of the English PEN Award and German Book Prize, brings a tumultuous debut novel to an English-speaking audience. Set on a bohemian Baltic coastal island, this novel of a cult of personality during the last days of the Soviet occupation of the GDR grips readers just as Kruso’s charisma grips our protagonist. 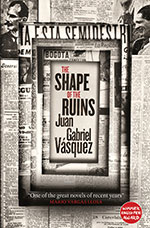 The Shape of the Ruins

Translated from its original Spanish, this novel combines history, crime, and autofiction as the author meets an eccentric friend who drags him into the world of Colombian political conspiracies. Investigating the murders of Jorge Eliécer Gaitán and Rafael Uribe Uribe, he struggles to reconcile history, facts, stories, and hearsay. Ultimately, the thriller compels an examination of how a novel can be “the private history of nations.” 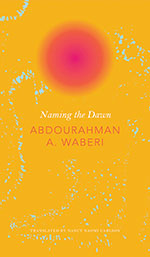 Translated into English from French, French-Djiboutian novelist and poet Abdourahman A. Waberi’s collection contains a set of reflective, introspective poems. He highlights the spiritual and emotional aspects of the individual moment and the history and culture these moments create. The poetry is sparse but to a powerful effect.

This collection of provocative essays by Spanish writer Gabriela Wiener fearlessly explores the landscape of female desire, from the initiation of seduction to the expectations placed upon new mothers. Hilarious, thoughtful, and daring in equal measures, Sexographies is the perfect map for the shifting terrains of gender, agency, and identity that define this time in history. 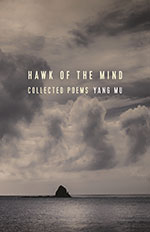 Hawk of the Mind

Translated from Chinese by a variety of translators, the work of Taiwanese poet Yang Mu brings vivid and playful pastoral imagery. He examines both Chinese and Western literary and cultural traditions through his personal lens, and his writing retains its beautifully lyrical nature through the translation. 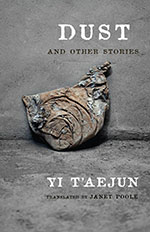 Dust and Other Stories

Yi T’aejun’s life and writing spanned the border between North and South Korea during the time of its formation and continue to do so today. His urge to preserve culture and bear witness to history make the thematic positioning of this short-story collection particularly salient in today’s political climate, yet the subject matter proves languid, easy to read, and at times even playful. 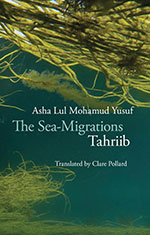 Working through traditional forms to convey a modern message, UK-based Somali poet Asha Lul Mohamud Yusuf proves yet again in this (her first book and a dual-language edition) that women are the emerging voice of poetic movements around the world. Her masterful use of alliteration and detailed scene-painting make this English PEN Award–winning poet a force to be reckoned with and the collection an enthralling read.