The Second Body by Daisy Hildyard 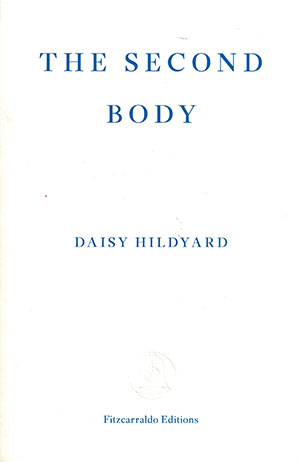 There is a long tradition of dualism in Western thought and culture. Many times philosophers, theologians, and psychologists have presented the world as split between realms we can touch and realms we must imagine. In The Second Body, Daisy Hildyard presents an updated dualism between the animal bodies in which we eat, breathe, and sleep and the virtual bodies of our global connections and environmental impacts.

Hildyard’s focus is on her own personal understanding of her “second body.” She writes, “I need to find some places where real life and this global truth—the two bodies—come into one another,” and she is up front about her lack of advice for anyone else’s bodies. In this investigation, Hildyard interviews a number of people: butchers, wildlife investigators, geneticists, biologists. At one point she claims that “Since Darwin, we have known that species do not exist,” but of course that isn’t correct: evolution posits a common ancestor, not the absence of speciation. But The Second Body also questions whether individuals truly exist—can there really be a first body, since the animal body is always a symbiosis of many different organisms? (Recent research shows that our human cells are literally outnumbered by the nonhuman cells in our bodies.)

For some of her sources, the eclipsing of the first body invokes a reaction of “horror”; yet on the other hand, for one of the biologists she interviews, it’s the individual’s capacity to act altruistically (in the second body) that is the most vexing. Hildyard’s erasure of individual bodies reminds me of the Gaia hypothesis: the biosphere itself, both living and nonliving parts, act like one organism to maintain the conditions for life on Earth. Our second bodies too often act as if they are apart from this biosphere, and Hildyard notes how even ecology textbooks’ language maintains this division.

This book is at its best when she is writing most intimately—describing a local butcher’s work or the flood that destroyed her home. Though Hildyard doesn’t really reconcile her two bodies completely, the act of recognizing that they both exist is necessary and worthwhile.