Soweto, Under the Apricot Tree by Niq Mhlongo 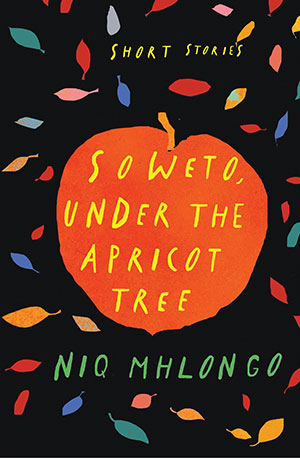 Niq Mhlongo’s new short-story collection begins in Soweto’s Avalon Cemetery. The narrator goes to find her absent father’s grave, superstitiously hoping that it might save her marriage. In looking there for signs of a father, however, she finds instead another husband. In Soweto, Under the Apricot Tree, places always seem to hold surprises for both the characters and the reader. Mhlongo’s collection about his own hometown offers a compelling, almost mythical, meditation on how places like that cemetery can startle and comfort us, how they cast us out and call us home.

In interviews, Mhlongo describes wanting to celebrate Soweto’s stories while remaining careful not to add to its romanticization. Soweto was the site of the famous 1976 uprising, and it is now a place of official and commercial commemoration; the houses of Nelson Mandela and Desmond Tutu are among its tourist-visited landmarks. With his fifth book, Mhlongo returns home to excavate different kinds of stories than those writ large in national and international memory. Yet despite the title and this aim, the eleven stories often move away from Soweto, but they always return there.

Mhlongo’s characters regularly find themselves elsewhere or out of place: in the suburbs with a cat named Bonaparte, in the middle seat on a transcontinental flight, or at the edge of “the underground,” an old mine made mythical. But the stories are reunited, as it were, through the intimacy of their telling, by the narrators who boast, charm, and confess. “Under the apricot tree” is the figural and literal spot where people drink, where they talk politics and love, and where they invoke the Bible and the ancestors. It is the makeshift home for what Mhlongo believes are Soweto’s own stories.

But lest it become idyllic, this space remains resolutely ambivalent, like the cemetery, imbued with bittersweet and even painful associations. For the narrator of the final story, the tree holds “multiple souls that fill me with wonder every morning and enchant me by afternoon.” But then we learn that the umbilical cords of another character’s five children are buried at its base, and a third character points out one of its branches: “That’s where your father committed suicide.” Across this new collection, Mhlongo captures the mixed pathos and humor in his hometown’s storytelling, while showing how all the entwined stories and spaces that we make in turn make us, without our always knowing it.