Unfinished Sketches of a Revolution by Brane Mozetič 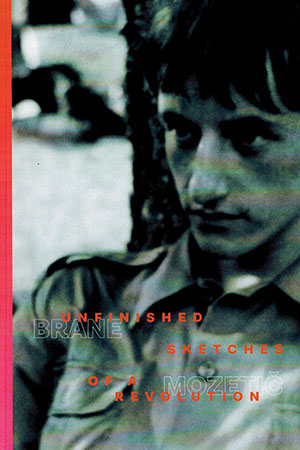 Eileen Myles’s blurb on the back cover of Brane Mozetič’s book maintains that the poems are “tiny novels” and “end like tiny movies.” One can go farther to see the collection as a bildungsroman, a story of a character’s development toward maturity.

One could, that is, were it possible to find real development in the speaker’s encounters with politics, sex, and art. True, almost every poem is grounded in space and time, covering at least thirty years from his early childhood. But the chronology is scrambled as if to deny the possibility of continuity, let alone development. The persistent use of lowercase combines with the rather jagged enjambment to deemphasize significance and continuity.

For example, the first poem appears to contrast life under Communism with the apparent freedom of the new system. But now “they make us vote to make it look fair.” On the personal level, the speaker’s rummaging through old files seems awkward “because everything seems quite the same.” He moves from marriage to gay activism with little other than physical satisfaction. As a poet, he recalls a reading, which is “just another milestone in the history of Slovenian poetry.” Elsewhere, he looks back thirty years, still trying, without much success, to make his poems less elevated. He constructs an image of his father from a disconnected series of postcards.

Near the end of the book, he thinks that he doesn’t have to go back to his wife and son and “a state, an army, a grey city and a black future” in which the only refuge is found in thinking about the past—which, paradoxically, includes everything in the series just quoted.

The book ends with an image of a friend dying of what seems to be AIDS, though the ghastly symptoms are left to stand for the more sterile acronym, the person reduced to an enormous head, “an image of death that doesn’t care about us.” This, he says, “is how life proceeds, step by step.”

Yet even in denying significance, the speaker takes step after step, reuniting with an old friend and former lover in a world that is “sinking. perhaps we aren’t able to drink as much / as we used to, but we’re enjoying the drink much more.”