The Dancing Other by Suzanne Dracius 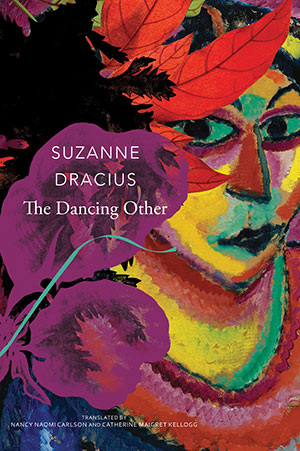 Who am I? And who are you? Suzanne Dracius explores identity in her recently translated novel, The Dancing Other. First published in French as L’autre qui danse (1989), the book enlarges the individual story of a woman named Rehvana into the universal search for belonging. Dracius employs culture, race, and gender to deconstruct love.

Like the author, protagonist Rehvana grew up in Paris but was born in Martinique. Harking back to a colonial past, this eastern Caribbean island is one of France’s eighteen regions, making its residents full French citizens. Hence, decisions affecting them occur over four thousand miles away. No wonder ethnic, class, and economic tensions there are deep-seated.

Dracius foreshadows her narrative with two apt epigrams, one by Cuban poet Nicolás Guillén and the other by French poet Arthur Rimbaud. The prologue is a monologue—a two-page “Promonologue” that Rehvana hallucinates while fleeing the rituals of an African sect in Paris conducted by a man she loves named Abdoulaye. Jérémie rescues her, offering protection and love, which Rehvana rejects when she meets Enryck.

Feeling alienated in Paris, Rehvana moves back to Martinique with Enryck, thinking a return to her roots will recover her self. The island’s beauty and Creole food help, but its dogma of male domination turns a blind eye to Enryck’s domestic violence—for he and his pal Chabin are macho men.

Even her kindly neighbor, Ma Cidalise, is no help. Proud she’s been beaten much worse, Ma tells Rehvana: “You got to harden your body.” To complicate matters, Rehvana realizes she’s pregnant with Jérémie’s baby.

Dracius paints a different Martinique than artist Paul Gauguin in his scenes of this windward island. Gauguin’s canvases exhibit no intimate-partner violence, but Dracius’s pages reveal how women’s roles and economic disparity engender it.

Thinking she’s too black for mainland France but not dark-skinned enough for the Caribbean, Rehvana never feels “just right.” She tries to fit into both cultures but is at home in neither. Dracius raises the umbrella concept of Mother Africa as the shared ancestor of all, regardless of current geographic location and distinctive physical features.

Rehvana, however, has no sense of home, even though Jérémie, a successful immigrant from Guadeloupe, offered one in Paris. To Rehvana, he was “what people call a négropolitain” who “hears neither the clinking of slave chains nor the voice of Africa.” One thinks of Yaa Gyasi’s novel Homegoing.

Throughout, Rehvana’s older sister, Matildana, offers increasingly rejected support. “My life, not yours,” Rehvana screams. Matildana is a Sorbonne student, but Rehvana spent her own tuition elsewhere. Matildana delivers a discourse on identity, reminding her sister that “it’s so important . . .
to be an authentic something!”

Their sibling contrast resembles the brain’s two halves—dissimilar worldviews poles apart. Rehvana can’t accept her multicultural heritage. Her sister embraces everything. Matildana is the Dancing Other.

Dracius has fashioned a brilliant metaphor about dominance in many guises, based on the concept of Other versus Self introduced by Hegel in the late eighteenth century and enlarged by many. The idea evolved into a framework that classifies people into us versus them, a shrewd phrase allowing half of that binary opposition to gain a distinctive Self—if it conquers the Other.

Can you belong in two places? Writers such as Edwidge Danticat and Achy Obejas have also wondered after leaving islands—Haiti and Cuba. How do you know where you fit? Suzanne Dracius created no middle space between Martinique and France for Rehvana.

The novel closes in a powerful way. I cried. Originally published thirty years ago, The Dancing Other is possibly even more relevant today.