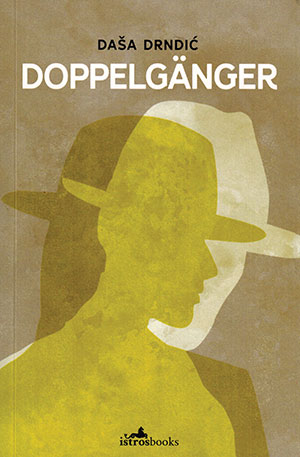 Comprising “Artur and Isabella” and “Pupi,” this slim volume distills Daša Drndić’s trademark themes into a bleak but haunting requiem for the soul’s death in the wake of postmodernity.

In these subtly linked stories, memory bleeds past into present as three clear-eyed protagonists, distanced from their truest selves, approach the void. On New Year’s Eve in 1999, in a dull Croatian town, elderly strangers Artur and Isabella meet, talk, and have sex, evoking painful images of former lives. In Belgrade, Croat Printz, fifty, with an alter ego named Pupi (a detested childhood nickname), spirals downward after cremating his cancer-ridden mother.

Strategically braided narrative strategies—stream of consciousness, dialogue, and a seemingly omniscient voice—produce a Kafkaesque humor that highlights the sterility of this brave new world. When the voice notes that the couple complement each other, Artur says, “We complement each other.” When it announces, “The rhinos are outside,” Printz thinks, “It’s good that the rhinos are outside.” The voice becomes their shadow.

Twentieth-century history has marked these lives. Isabella talks to her thirty-six garden gnomes, one for each family member lost to the Holocaust. Printz’s mother’s silver was confiscated from Isabella’s Jewish family. Kindhearted Printz obsesses over Bosnian war victims. Pervasive lists—Artur’s hats, “his past,” Isabella’s bonbon wrappers, Printz’s notebook of famed suicides and fateful events from his birth year—add backstory and history.

Memories mingle violence and sex. As Isabella manipulates Artur, the voice lists alphabet letters, below each a Holocaust-linked noun. After “Z / Zyklon B” comes “Done . . . A one-minute wank, ten years of history, ten years of Isabella’s life.” Printz, meanwhile, frequently invokes the film The Night Porter, in which a Nazi officer and Jewish prisoner enact a doomed fusion of sex and power.

These bodies have histories, too, aging and disease portrayed with graphic specificity. The old couple wear diapers; self-harming Printz cleans his mother after she defecates. Artur has epilepsy, Printz a mental condition.

Alongside interior alter egos—former, repressed, or imagined selves—external doppelgängers emerge. Printz’s beloved rhinos, “tame and self-destructive,” resemble him. Spies watch citizens, commodified, tracking their compliance. Isabella asks if Artur is a spy; police report on both. Printz’s father was a spy, and Printz, to please him, reluctantly became one—he’d yearned to be a sculptor.

Containers for the emptied and redundant, trash cans acquire spiritual weight. Those beneath Artur’s window signal “poverty”; landing beside them after his jump, Artur becomes waste. Expelled by his brother from their dead father’s flat, Printz subsists on rubbish- bin discards. Isabella, “a carapace,” tells Artur she’s “empty.” “Disappearing,” Printz removes his shirt in the final scene. The narrator declares his torso “fine,” but Printz comments, “Inside, my torso’s empty.” Newspapers and police report Artur’s and Isabella’s separate suicides on 1/1/2000. In 2001 Printz joins the rhinos, “an endangered species.” Imitating them, he crushes his head against an iron wall and, weeping, declares death “superfluous.” Forms drained of their content, these three enter the “dustbin of history.”

Drndić’s memento mori reveals the skeleton. It warns: rhinos are our doppelgängers, too.