The Other Americans by Laila Lalami 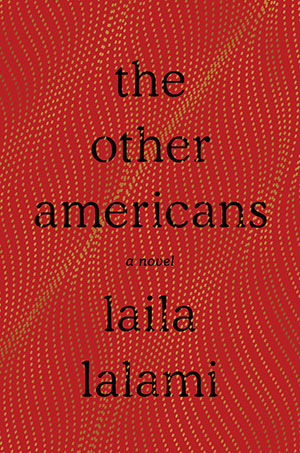 The Other Americans is Laila Lalami’s fourth full-length novel. Whereas her previous novels featured stories that unfolded at least partially in Morocco, The Other Americans follows members of the Moroccan diaspora as they make a home in California. The plot revolves around the family’s deceased patriarch, Driss, who was killed in a hit-and-run car accident on his way home from work one evening. Lalami’s prose picks up immediately following the accident. Driss’s daughter, Nora, is the novel’s protagonist and, arguably, the most likeable of its characters. She seeks to unravel the mystery surrounding Driss’s death while simultaneously falling for a childhood friend; the unusual combination renders the story part murder mystery and part romance.

With regard to structure, the book presents the reader with a variety of perspectives, jostling from one point of view to another. To achieve this feat in narration, Lalami named her chapters using the first name of the character whose views are related through the text’s first-person narration. Those views even include those of Driss, flashing back in time to capture his portion of the story before the accident. This narrative style allows Lalami to underscore an invaluable human lesson: facts are often mediated by human perspective.

Lalami’s elegant prose also engages a variety of pertinent themes relevant to the contemporary condition of average Americans. As the title of the novel suggests, each member of her cast of characters inhabits some othered position on the margins of mainstream society. The reader encounters veterans, Arab Americans, undocumented immigrants, and women in professional roles traditionally inhabited by men. Each of these groups seeks access to the so-called American Dream but falls short due to some combination of their positionality and the unshakable residue of the events of September 11, 2001. In one scene, Nora recalls her father’s view that he had attained the promises of the American Dream as she converses with the town’s detective: “I think he liked that story because it had the easily discernable arc of the American Dream. Immigrant Crosses Ocean. Starts a Business. Becomes a Success. He told the story from time to time, just to remind himself that everything turned out fine for him. But all that changed one September morning.”

In many ways, The Other Americans feels like a natural continuation of the themes Lalami raises in her other work. Hope and Other Dangerous Pursuits (2005) and Secret Son (2009) presented us with Moroccan characters who dreamed of migrating to the United States in some way, shape, or form. The Other Americans follows up on those dreams and gives nuance to previously articulated depictions of migration to America. Additionally, although the plotline of the text is fictitious, elements of Lalami’s nonfiction work (e.g., her New York Times essay “What Does It Take to ‘Assimilate’ in America?”) are readily discernible in the story arc she creates throughout the novel.

Overall, The Other Americans is a thrill to read. It theorizes the “American Dream” by putting it into conversation with racial and socioeconomic categories. It questions the role of family loyalty. It introduces us to the struggles of Americans on the margins, and it wraps everything up neatly around the story’s pivotal moment: an accident that may or may not have been a crime. Lalami’s finely tuned analysis of contemporary America is insightful and, at times, biting in its critique.