North of Dawn by Nuruddin Farah 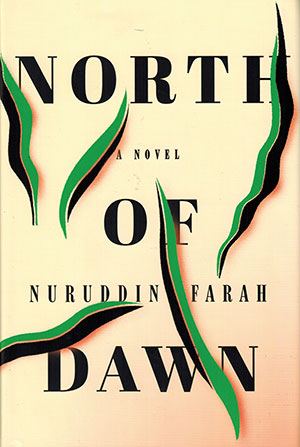 Nuruddin Farah’s latest novel, North of Dawn, is a book that epitomizes the existential crisis of the twenty-first century. It is a novel that could only have been written in this century, but its conception is firmly planted in the last. The novel, Farah’s thirteenth, tells the story of a Somali couple living in Norway as they deal with the death of their suicide-bomber son and his wife and her two children from a previous marriage as they come to live with the couple in Oslo. The couple, Gacalo and Mugdi, are part of a professional immigrant class who have been living in Norway for some time. Their two children were both born and raised in Norway, thus rooted in their adoptive land. Yet assimilation is never complete, and the couple find themselves living in a world where extremists on both sides—Muslim and Norwegian nationalists—threaten the way of life.

For all intents and purposes, the couple believe they are assimilated into western European culture. But the undercurrent running through the novel provides the reader with a much darker and dangerous reality: the inability to fully assimilate into a culture not of one’s origin as well as the perceived threats to the host culture from the outside. The wife and mother, Gacalo, suffers from debilitating physical illness whenever she becomes overly stressed, which is most of the time in this novel. Her husband and the father of her two children (the couple also have a daughter, Timiro, whose own life is in crisis), Mugdi, is more reserved and intellectual, choosing to spend most of his time translating a foundational Norwegian novel into Somali. Both, in their own way, suffer from a certain denial.

The marriage is strained because Gacalo insists on bringing her son’s family to Norway. When their son’s wife, Waliya, and her two children, Naciim and Saafi, finally arrive, it’s immediately clear that a barrier exists between the widow and her in-laws. Waliya arrives very devout in her beliefs, and as a result she becomes involved with a suspicious imam. The situation is further complicated because Gacalo and Mugdi sponsor their son’s family in Norway, thus placing themselves at some legal risk. What takes place throughout the novel is a breakdown of relationships on almost every level.

There is a quiet and perhaps deliberate subtlety at work here. When read superficially, the novel’s message becomes too cliché, especially concerning the gendered roles of men and women, and it’s too easy to locate resemblances among the fictional and real events in which the novel lives. Yet if one reads more carefully, the novel becomes a powerful commentary on immigration and assimilation in the twenty-first century. One feels that, by the end of the novel, there should be more to come, and indeed there is, but offstage and in the weak promise of a possible future among strangers living together.