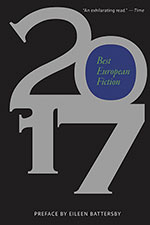 Prefaced by an explanatory essay by Eileen Battersby, Best European Fiction 2017 offers readers a one-stop tour of contemporary European fiction stretching from the UK to Russia. With each piece clocking in at around ten pages, this collection is ideal for taking the temperature of contemporary literature without becoming bogged down in the specificities of any single contributing community. 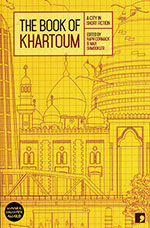 The Book of Khartoum

When a city like Khartoum is full of diverse stories, it begins to take on a character of its own. This collection of ten short fiction pieces sketches the Sudanese capital with its cultural complexity, joining various social realities and prose styles to represent dynamic life where the White and Blue Niles meet. 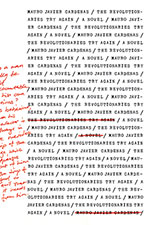 Mauro Javier Cardenas explores the fate of youthful political idealism with a quick style and comic effect. Situated in Ecuador, The Revolutionaries Try Again follows childhood friends, now grown, as they labor against governmental, religious, and economic systems so ingrained in life that they often appear relentless. 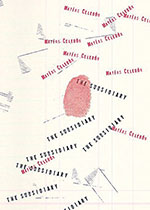 Chilean novelist Matias Celedon’s new work is composed entirely of rubber-stamp impressions on the page. With only the approximate language on hand in the stamps, an employee of the cryptlike Subsidiary relays harrowing days of being trapped in an office without electricity or guidance beyond “Remain and Survive.” 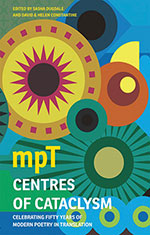 Organized thematically rather than chronologically, Centres of Catalcysm serves as a tribute to the first half-century of publication for the influential Modern Poetry in Translation, founded by Ted Hughes and Daniel Weissbort. With more than 350 pages of translated poetry, Centres will provide poetry lovers not only with hours of enjoyment in exploration but also a valuable sense of the magazine’s oversized impact on global literature. 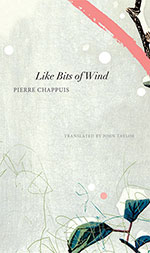 Little Bits of Wind, Pierre Chappuis’s first collection of works in English—translated by John Taylor—utilizes prose for the poetic, verse to speak of the invisible, and the motions of nature to suggest metaphysical truths. Though often mysterious, the brevity of the poems opens them up to repeated scrutiny and unifies the reader with the poet’s process of searching for truth. 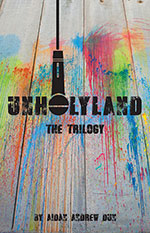 Centered on the love of an Israeli DJ and Palestinian rapper, Unholyland is a novel in verse that emphasizes the personal impact of the volatile Middle East conflict. The youthful, lyrical style and sonnet form of each poem capture the contemporary impact of enduring strife. 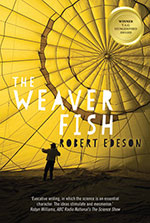 Centered around a linguist’s astonishing survival after a balloon crash and the bizarre events that follow, The Weaver Fish is mysterious and endearingly eccentric. Filled with surprises and digressive yet fascinating footnotes on everything from mathematics to chemistry to literature, Robert Edeson’s novel will delight readers with a healthy appetite for intrigue, puzzlement, and fun. 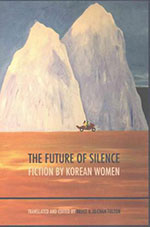 The Future of Silence: Fiction by Korean Women

Presenting nine works of fiction by Korean women, The Future of Silence captures a perspective of life that is often looked over—both in the literary world and in daily routine. The women in this collection deftly put forth experiences that are frequently hushed up and, in so doing, claim their place in the history of Korean literature and history. 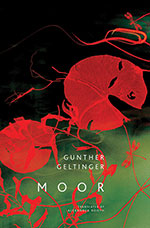 Combining the forceful quality of the second-person narrative with a restless experimentation with language, German writer Gunther Geltinger mesmerizes with Moor. This aching story of a speech-challenged boy and his desire to connect with those who should love him unconditionally will haunt the reader long after the final sumptuous description of the book’s eerie physical and emotional terrain has faded. 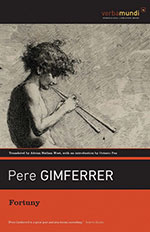 Through immersing the reader in dense, sensuous scenes with the precision and flourish associated with his name, Spanish poet Pere Gimferrer relays an impression of the real-life Belle Époque man, Mariano Fortuny. The world that swirls around Fortuny in this novella captures the fragile time and humanity of World War I Europe with dizzying precision. 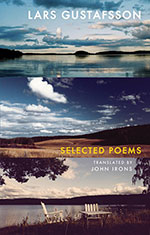 Lars Gustafsson asks ordinary objects philosophical questions and consults ancient myths and rationality on the simple act of perception. The collection of poems by the recently departed, famed Swedish man of letters beautifully refines the questions tangled up in life itself. 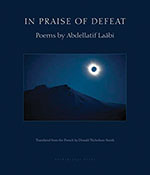 In Praise of Defeat

A career-spanning collection of poetry from Morocco’s poet of protest, In Praise of Defeat gives the reader a time-lapse tour of Abdellatif Laâbi’s expansive poetic voice in development. Presenting the text en face, translator Donald Nicholson-Smith navigates the poet’s many styles and moods with poise and opens this landmark writer’s body of work up to nonfrancophone readers. 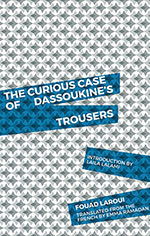 The Curious Case of Dassoukine’s Trousers

A stylistically versatile collection of connected short stories, Fouad Laroui’s first work in English translation immerses the reader in the experience of a foreigner displaced. Humorous and thoughtful, with playful dialogue, The Curious Case of Dassoukine’s Trousers’scharacters accept both our laughter and sympathy. 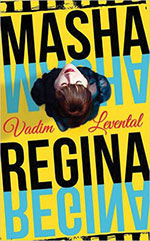 The protagonist of Vadim Levental’s Masha Regina is a highly successful artist, but her rise in the film world may come at a painful price. Her story raises questions about the sacrifices required to re-create personal experiences in powerful art and whether these sacrifices are worthwhile. This novel’s portrayal of the artist’s coming-of-age as a profoundly philosophical experience illuminates the struggle between a compulsion for self-expression and a desire to bury harmful memories forever. 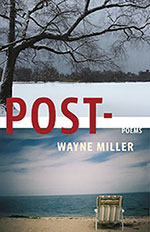 Wayne Miller’s newest collection calmly puzzles over a world striving against itself, toiling and disintegrating. Throughout, he presents scenes of disaster in an even tone, weaving them together toward a narrative of hope. 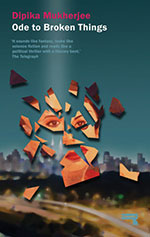 Situated in Malaysia over the course of a week, Ode to Broken Things explores how the past can confuse the present, connecting persons across time and distance. Wielding forthright prose and a thriller’s pace, Dipika Mukherjee weaves the personal life of an American professor into the political life of a nation on the verge of crisis. 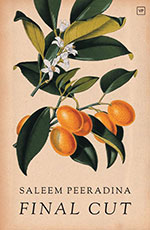 This collection of Saleem Peeradina’s sublime verse brings together observational poems about the hidden beauty and often-winding history in everyday objects with monologues that enshrine personal stories of people from every walk of life. The poet’s language is always approachable, underscoring the glories available in the mundane while fueling poems that are ambitious in their scope and desired end. 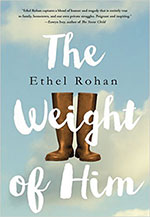 The Weight of Him

Irish-born writer Ethel Rohan captures the rhythms of modern rural Ireland with this unlikely novel of a man who copes with his son’s suicide through a very public campaign to lose half of his considerable body weight. Rohan’s conversational prose makes her protagonist’s struggle seem universal even as her keen ear for dialogue offers a window into a world most readers will never know. 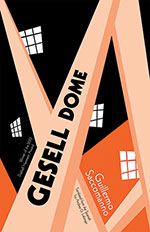 Argentina’s Guillermo Saccomanno presents this ambitious and intricate tale of the half-lit life of a single town over the course of one winter. Fraught with passion in its sinister outpourings, Gesell Dome rushes the reader along, tasting a multiplicity of characters and crimes. Winner of the 2013 Dashiell Hammett Award, this captivating study of a fragmented city provides new perspectives on a resort town. 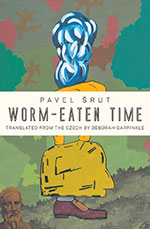 This collection of verse is one poet’s passionate reaction to Soviet occupation. Banned in the Soviet Union for its celebration of individuality in the face of assimilation, this book depicts the loneliness of sameness and the fear of erasure experienced under totalitarianism. Haunting and beautiful, Pavel Šrut’s lyric style expresses both the hollowness of loss and the vitality of forbidden preservation. 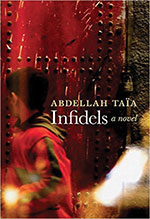 A moving tale that celebrates the dissonances between Morocco’s highly religious exterior and the realities that underpin it. Abdellah Taïa’s sparse yet lyrical writing intertwines an examination of Arab culture with a young gay man’s heartbreaking coming-of-age story that finds him driven toward extremism by his alienation. 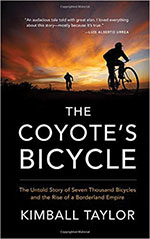 This fascinating work of nonfiction represents one journalist’s quest to discover how seven thousand bicycles wound their way through a surprising number of hands to wind up abandoned just across the border from Tijuana, centered on a mysterious figure named El Indio. Kimball Taylor’s gift at capturing human stories in a manner as captivating as fiction transforms this Quixotic journey into a landmark work on the recent history of human smuggling into the United States. 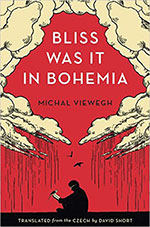 Bliss Was It in Bohemia

Set against the backdrop of 1960s political upheaval in Czechoslovakia, Bliss Was It in Bohemia employs humor to portray the struggles of a family at odds with itself and with its political surroundings. With a unique juxtaposition of comedy and chaos, the author reflects the complexity of human emotional responses, telling stories both of universal human experience and particular historical significance. 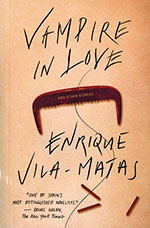 One of Spain’s leading literary figures, Enrique Vila-Matas writes with pervasive intelligence and sober irony. Vampire in Love is his first collection of short stories in English; spanning his career, this collection offers the reader a rounded introduction to a rare wit. 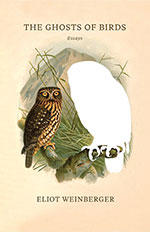 The Ghosts of Birds

The thirty-five essays of The Ghosts of Birds exemplify Eliot Weinberger’s unique approach to the world around: strange subjects greet the reader in a natural way, and academic studies are reimagined with broad fervor. Throughout, the reader is both enchanted and educated, though sometimes joyfully uncertain of which.