To the Back of Beyond by Peter Stamm 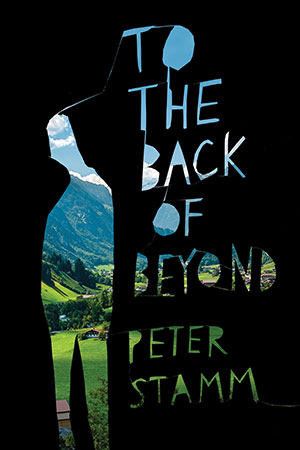 Which life makes us happy? And what are we to do once we realize that the life we lead does not? With To the Back of Beyond, Swiss author Peter Stamm has written a short but quiet book that neither explicitly asks nor attempts to universally answer these questions. Rather, it offers a protagonist, Thomas, who makes a radical, seemingly spontaneous decision in an attempt for a new life: unprepared, without equipment, food, or much money, he walks out of the life he has built with his wife, Astrid, and their two children in a small town not far outside Zurich.

Stamm moves quietly. However, among abundant descriptions of alpine nature, we find very little explicit introspection. In chapters spanning only about two to four pages, we alternatingly follow both Thomas’s and Astrid’s searches. These two voices are carried by a simplicity of language, which makes it easy to miss what the author is doing.

While we try to immerse ourselves in Thomas’s psyche to extract the reason for his flight, Astrid remains surprisingly mute on the topic, and we cannot shake the growing feeling that she knows, consciously or not. Already on the morning following his disappearance, Astrid “felt convinced that Thomas wouldn’t be there for dinner either, or tomorrow.” But the reader’s feeling does not stop here. There is a strange bond between the two, which survives Thomas’s “betrayal” (Astrid might object to this word).

Yes, To the Back of Beyond is a story about a man leaving his wife, but more importantly, it is a story of their bond of love. We get glimpses at what might have driven Thomas away and get to know him as a man who overthinks, overcomplicates, who “had only functioned the way that was expected of him.” But whatever his reason—if any—we cannot doubt the love for his wife. Similarly, Astrid cannot bring herself to hate him or move on and still wears her wedding ring long after he is declared dead.

And so, perhaps we are wrong to see his journey as a desperate pursuit of happiness or freedom. Perhaps the real beauty is not in what Thomas is seeking or why but in what both he and Astrid are able to preserve: each other.