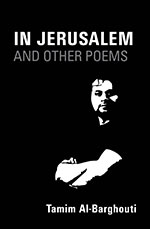 In Jerusalem and Other Poems

A Palestinian-Egyptian poet whose readings have drawn crowds by the thousands and filled the screens of Tahrir Square amid the aftershocks of revolution, Tamim Al-Barghouti draws on fable and Arabic literary tradition to plumb the depths of loss and yearning in the Arab world. These lyrical poems, translated into English for the first time, strike chords of lamentation and rebirth, painful in their simplicity and profound in their images and allegory. 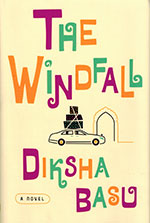 The Windfall follows a family that suddenly receives an exorbitant amount of wealth, catapulting them from a comfortable life into one of luxury in the wealthiest part of Delhi, a move that sends ripples out through every aspect of their lives. In this novel about belonging and ever-shifting social status, Diksha Basu’s words are filled with warmth and humor. 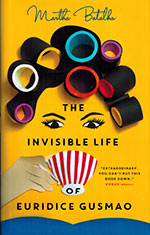 The Invisible Life of Euridice Gusmao

As a woman living in Brazil in the 1940s, Euridice Gusmao is expected to be a loving wife and mother. In marrying a traditional man, Euridice sacrifices her ambitions and passions for her parents’ sake, until the day that her runaway sister returns. With sharp humor and pointed prose, Marta Batalha’s novel rebels against the patriarchal forces of her home country. 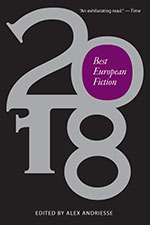 As the name suggests, Best European Fiction 2018 contains a multitude of incredible authors, some established and some just beginning to make a name for themselves. With work from over twenty-five different countries ranging from Luxembourg to Slovenia and content that varies just as much, there is a story here for every kind of reader. 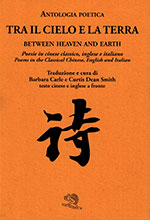 Between Heaven and Earth: Poems in the Classical Chinese, English, and Italian

Drawing on a history of dialogue between Italian and Chinese literature stretching back to the thirteenth century, this volume is the fortuitous product of two Sacramento State professors invested in the symbolic and linguistic connection of traditions thousands of miles apart. They take us through the early Eastern Han Dynasty and up to the eleventh century, placing the original Chinese and translated English and Italian couplets in delightful visual conversation. 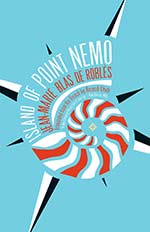 In Island of Point Nemo, Jean-Marie Blas de Roblès constructs a novel of grand adventure that weaves together two narratives: one that takes readers on a murder-mystery romp across the globe and another situated in an absurd e-reader factory. Translated from the French, the novel’s prose strikes a balance between cerebral and accessible, making for stimulating mysteries and journeys throughout. 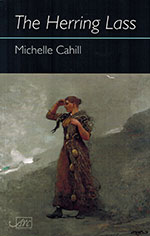 In The Herring Lass, Australian poet Michelle Cahill’s lyrical writing and vast purview cover the creatures, coves, and distant cries of many places. With one eye on the specters of colonization that linger in so many landscapes, Cahill poses pictures like questions, slices of stories laid out in briny detail for readers to enter into and then take into themselves to find answers.

Exemplary Novels contains twelve of Cervantes’s novellas that span across most of the author’s career, newly translated by Edith Grossman. Grossman masters the nuances and artistic vision of Cervantes, having produced a critically acclaimed translation of Don Quixote. This collection is a fresh take on the intricate plots and vivid characters for which Cervantes is known. 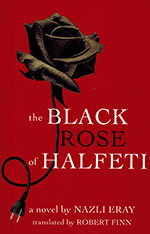 The Black Rose of Halfeti

Bouncing between three cities in Turkey, The Black Rose of Halfeti is the story of a woman searching to understand the life of the elderly doctor combating the beginnings of dementia who has just professed his love to her. Treading the line between the real and the imagined, Nazli Eray’s grasp of magical realism paints her country in a way that brings readers face to face with the reality of their own mortality. 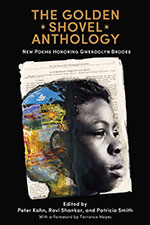 Employing a new poetic form created by Terrance Hayes, the editors of this volume have assembled nearly four hundred poets with as many poems in memory of Gwendolyn Brooks and her contribution to American poetry. Most of these poems succeed as fresh creations, while others remain products of clever linguistic games or classroom prompts. 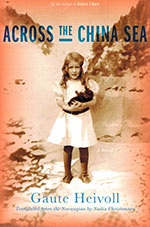 Across the China Sea

A man goes back to his childhood home in the rural south of Norway to clean it out after his parents’ deaths. In the process, he dusts off the memories of his unconventional upbringing around the patients his parents cared for. Full of gentle power and warmth, Heivoll’s novel recounts the story of this unconventional family for which the world doesn’t seem to have a place. 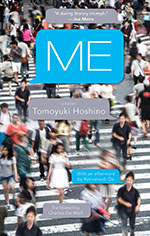 A cell phone stolen on a whim turns into a full-blown scam when Hitoshi pretends to be someone else to line his own pockets, but he quickly finds his deception is unnecessary—everybody, even his own mother, sees him as the man whose identity he stole. In this reflective novel, Tomoyuki Hoshino explores the nature of identity while providing commentary on Japanese society as a whole. 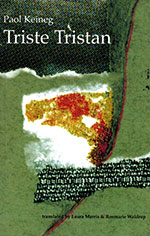 Triste Tristan and Other Poems

Draped in both old Celtic myth and an irreverent postmodernism, Breton poet Paol Keineg’s Triste Tristan practices reclamation through defamation, reapplying a layer of grit to the polished medieval tale. Disruption runs throughout his verse, where meaning is suspended among fragmented lines and disjointed, tactile images are juxtaposed provocatively, drawing the reader to revisit old associations. 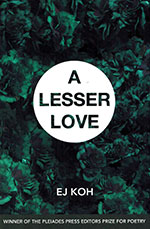 Love, war, and heaven all fall within the scope of this ambitious yet unpretentious collection of poems by E. J. Koh, the Seattle-based daughter of Korean immigrants. Unshirking, Koh’s verse is spare, evocative, and gut-moving, drawing out into interludes of clever reflections on cultural place. 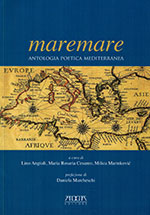 Presented in Italian by a multitude of translators and now collected into this admirable flagship of a volume, maremare gathers verse from truly diverse shores. Poems from Albania, Greece, Syria, Malta, and more are included in their original as well as the Italian, offering a handsome linguistic smorgasbord for the philologically inclined. 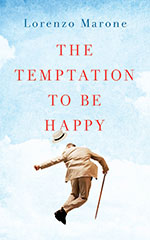 The Temptation to Be Happy

Italian author Lorenzo Marone’s main character in The Temptation to Be Happy is the seventy-seven-year-old widower, Cesare, who lives rather aimlessly until he receives a new neighbor he cannot help but investigate. Marone’s characters, irreverent and absurd, embark on adventures they had ceased to allow themselves to imagine in this darkly comedic take on aging. 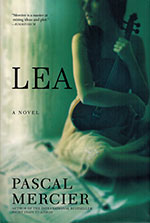 To cope with the death of her mother, Lea begins to learn how to play the violin. Supported by her father, she dives into the practice of the instrument with a fervor that propels her to fame but distances her from her father. Swiss author Pascal Mercier’s story, translated from German, is a passionate tale of finding comfort in the wake of tragedy. 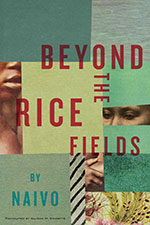 Beyond the Rice Fields

Fara and her father’s slave, Tsito, have been close ever since he arrived at her home in Madagascar, but a rift grows between the two just as the country becomes steeped in violence stemming from foreign influence. With lyrical prose, Naivo places these two characters at the center of history, their personal stories driven by the explosive setting. 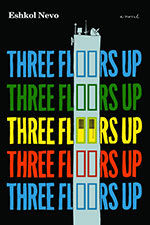 Israeli author Eshkol Nevo’s novel explores the social and cultural fabric of Israel through three tenants on three separate floors of an apartment building in Tel Aviv. Their individual stories and struggles are braided together with tight, terse prose, forming a cohesive picture of the broader society in which they reside. 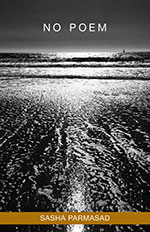 The speaker in this book is a young woman in search of the mystery and mastery of pure being. The journey takes her from the material world and its attachments to a mystic space, in language that is spare and a tone that is playful, ironic. Along the way, the reader catches sparks of epiphanies. Wisely, she avoids the ponderous and the pedantic. 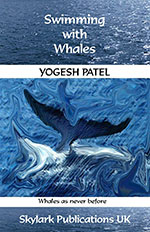 Divided into three sections—At Sea, On Land, and Skyward—Patel’s book swims along with real whales and metaphorical ones as they roam free in their “liquid cage” and find “the sea of better sense” by connecting us with our consciousness. When the creature gets “Naturalised as the Thames Whale,” it allows the poet to revisit his origins as an Indian in Kenya and his journey forward as a migrant coming to terms with a transforming self. 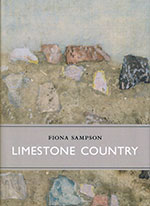 British poet and writer Fiona Sampson is beloved for the lyricism and scope of her writing, and Limestone Country is no exception. Turning her insightful eye toward the very ground upon which four disparate communities in France, Slovenia, England, and Israel rest, Sampson interrogates not only humanity's relationship to the environments it inhabits but how those environments shape the way humanity relates to itself. 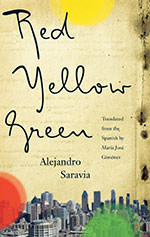 The characters in Red, Yellow, Green are inextricably tied to the idea of a nation. Alfredo resents his home nation of Bolivia after his time in the military, and the Kurdish woman he falls for is fighting to force one into existence. The relationships between people and their national identities are hypervisible in this novel that confronts both the past and the future. 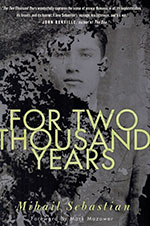 In the tense buildup to World War II, a Romanian Jewish student finds himself stranded within the dialogue of the interwar period, isolated from his Jewish classmates and under siege by rampant anti-Semitism. Written as this young man’s journal, For Two Thousand Years intimately captures the anxiety of the period with level, modest writing. 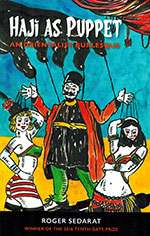 Haji as Puppet: An Orientalist Burlesque

Somewhere between Pantagruel, Candide, and the unmapped future of brain-bending satire is the self-referential verse of Iranian American poet Roger Sedarat in Haji as Puppet. With moments verging on literary pastiche, the riotous journey of the perpetually unfortunate title character juggles religion and international politics as easily as pop culture and race, staging poems amid camera cues and a mounting sense of absurdity. 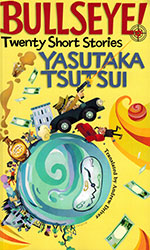 Yasutaka Tsutsui’s collection of short stories is an eclectic, postmodern rush that flies from comedic and satirical to grave and surreal. Tsutsui’s prose works at a rapid pace that grabs readers and takes them along for a ride through a Japan that seeks to constantly push against the established notions of what literature is. 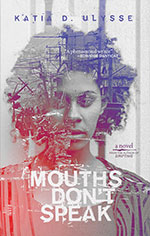 Mouths Don’t Speak follows a Haitian immigrant in the US who returns to her birth country after the earthquake in 2010, only to find that the Haiti she remembered from her childhood is gone. Katia D. Ulysse’s relentless prose delves into the class divide made blatant in the wake of the earthquake while probing the boundaries of the struggles of being a multinational family in a time of crisis. 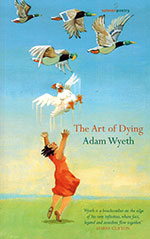 The Art of Dying

Like a child’s magnifying glass, the eyes of Dublin poet Adam Wyeth brim the world over with rich detail in this glib, adventurous collection of poems. The wide-roaming scenes that the reader rushes through in The Art of Dying find humor in surprising places and profundity in the simplest, imbuing the natural, the exotic, and the domestic with equal measures of myth.