I Hear Your Voice by Young-Ha Kim 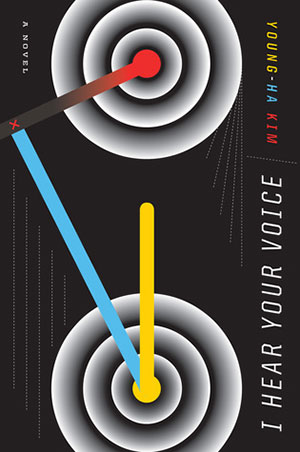 Young-Ha Kim’s I Hear Your Voice begins with a lens at once magical and perturbing as the reader glimpses the Express Bus Terminal in Seoul where the country’s persisting problem with infanticide is shown up close when a woman births the main character in a bathroom stall flooded with amniotic fluid. The boy, Jae, grows up among orphans like himself and befriends the mute Donggyu. Together, they acquaint themselves with the outcasts of society in a hostess club where slips of paper are turned into bounties of alcohol and dried seafood—both boys still innocent as they get hard imagining girls kissing them for fun. But the scenes of domestic violence or even quiet times of neglect strike the reader closer to the heart.

The boys survive an environment of underage orgies and starvation, the violent backdrop of neglected children in South Korea. In time, they join a motorcycle gang where Jae leads the Liberation Day Motorcycle Rally in Gwanghwamun district, the center of the government, to rebel against the police force on Independence Day, March 1, 1919, which commemorates the historical march against Japanese colonialism. Jae prophesizes that humanity, with its marginality and materiality, has lost all understanding of value. This is the basis of anarchy that Jae depends on and what Donggyu fears will be his undoing. The book questions whether this is sincerely outlandish based on the current economic, social, cultural, and government practices of the country.

Korea is a country as ravaged as its orphaned and disabled children, a country invaded by Russia, France, Germany, China, occupied by Japanese and then American soldiers, preceded by a civil war. Korea outlived major massacres from the leftist and rightist struggle for power, including the Jeju Massacre, and a generation of girls forced into prostitution; a country where it was outlawed to speak Korean or have a Korean last name. The Liberation Day Motorcycle Rally against the police force is a continuation of the long-sought desire for progress—from a lack of human rights for its growing number of outcasts and a lack of cultural reform. The motorcycle rally, although severely minimized by police regulation today, is a reminder of the youth that seek to inherit a different nation than the one belonging to their forefathers and mothers.

The reader cannot ignore these historical contexts within the microcosm of the city’s struggle between its gangs of youth and the police force. I Hear Your Voice is ultimately an invitation for the reader to further seek out Korean literature—and to truly understand the nuanced distinctions of a people both celebrating and bleeding.