Bride and Groom by Alisa Ganieva 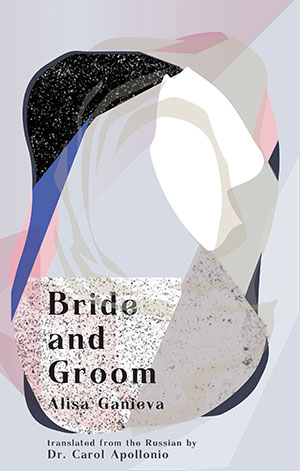 From the first pages of her new novel, Alisa Ganieva toys with the expectations of her readers. Her title, Bride and Groom, seems to promise a traditional marriage narrative. Indeed, her main characters, a young man and woman who have each returned home from Moscow to “an outlying settlement” near a big city in Dagestan and face pressure from their respective families to find a suitable match, initially seem to be playing stock parts familiar from romantic comedies. The young man’s parents have gambled and reserved a wedding hall at tremendous expense in the hope that the time pressure will help him buckle down and select a bride. The young woman fights off the overtures of a pedantic bore of a suitor and longs for true love and bigger horizons than those of the provincial, domestic world that threatens to consume her. Throughout the first half of her novel, Ganieva teases us, gradually drawing these two characters closer together and seemingly toward a traditional happy ending.

Even early on, however, details in the background of the story hint at darker outcomes. The male protagonist is a human rights lawyer involved in investigating a murder case that recalls the killing of the Russian journalist Anna Politkovskaia (see WLT, Nov. 2011, 34–39); a local youth group stages a showy concert to agitate for the release of a corrupt local political boss blamed for multiple killings who has been tossed in jail; rival mosques divide the town, leading to a conflict that seems likely to explode into mass violence at any moment.

Grotesque details occasionally hint at a satiric purpose, but ultimately this is a tenser, sadder tale that underscores the horror and despair of post-Soviet life. Ganieva immerses us in a world where corruption and violence are so widespread and legal protections so meaningless that even love at first sight cannot guarantee a happy ending. Social pressures and empty traditions are all that seemingly remain of the fabric of society, and vestigial institutions from the Soviet period (cults of personality, political youth groups and meetings) have somehow macabrely become reanimated.

In this unstable environment, Ganieva’s hero and heroine always seem at risk. Mundane choices—stepping away for a private conversation, agreeing to a date, any kind of nonconformity—can open the door for horrifying acts of violence that threaten to envelop not just the immediate target but also, as in the fable that a minor character tells Ganieva’s heroine at the beginning of the book, all of society. Politics and religion may represent the spark and excuse that sets off the conflagration, but the real issues are greed, corruption, and power—not faith.

This is a timely novel for anyone who follows news from Russia, Chechnya, Dagestan, and other post-Soviet areas. It left me saddened and horrified because it offers a vivid portrait of a world where little place remains for private happiness and humane values. Strongly recommended. 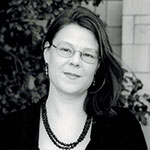 Emily D. Johnson is an associate professor of Russian at the University of Oklahoma. She studies twentieth-century Russian literature and history and the legacy of the Stalinist labor camp system. Yale University Press published Gulag Letters, her translation of the correspondence of the Russo-Latvian poet Arsenii Formakov, in 2017.