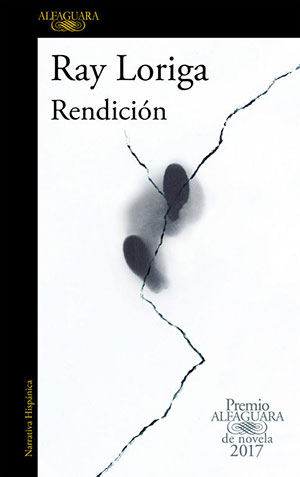 Ray Loriga, born Jorge Loriga Torrenova in Madrid in 1967, has garnered the 2017 Alfaguara Novel Prize for Rendición (Surrender), an engaging, thought-provoking dystopian novel with absurdist and fantastical elements. An experienced writer of ten novels, Loriga has also been active in filmmaking, collaborating as a scriptwriter with, among others, film directors Carlos Saura and Pedro Almodóvar. He also brought one of his novels, Caídos del cielo (1995), to the big screen as La pistola de mi hermano (My brother’s gun, 1997). Loriga has been characterized as an underground writer associated with Spanish dirty realism. Jack Kerouac and William S. Burroughs are often mentioned as writers who have had an impact on his work, and readers will note the influence of Kafka and Orwell in his most recent novel.

In Rendición, an anonymous narrator-protagonist tells how he, his wife, and a child they have taken in are forcibly removed from their rural estate and relocated to the “transparent city.” War has been raging for a decade, and the couple’s two children have gone off to fight for their country. The brief trip to the city through a war-torn region is horrifying, but once they arrive, they encounter a society that, apparently, is at peace and meets all human needs. However, closer scrutiny reveals that this extraordinary, luminous place where nighttime and odors do not exist is no utopia. While essential needs—food, clothing, and shelter—are met by the authorities, other human needs and aspirations are not. Since everything is transparent, privacy does not exist, and although it is said that the workers have a voice in decision making through their unions, human volition is nonexistent. Although the citizens of the transparent city are most likely victims of chemically induced mind control, the narrator-protagonist appears to understand that this society is also held together by the implicit threat of execution for those who do not conform to its norms.

Loriga has described his protagonists as individuals who do not fit into society, and the anonymous narrator of Rendición is no exception to this pattern. Although he is not a particularly likeable character—he is weak-willed and generally bows before authority, and he allows another man to assume his marital relationship with his wife—readers will identify to some degree with his efforts to maintain individual autonomy in a world where conformity to the dictates of faceless authority and surrender appear to be the only options.

Loriga employs deceptively simple, direct language, and he is adept at managing first-person narration. In Rendición, he infuses the protagonist’s telling of his experiences with poetic language, interesting generalizations about life and human nature, and a recurring joke whose punch line never arrives. This is a disquieting novel, one that presents the perennial problems of authoritarianism versus individual freedom and collective interests versus those of the individual. Loriga’s use of ambiguity and foreshadowing make for a suspenseful novel that will maintain his readers’ interest right up to the surprise ending.