Survival Is a Style by Christian Wiman 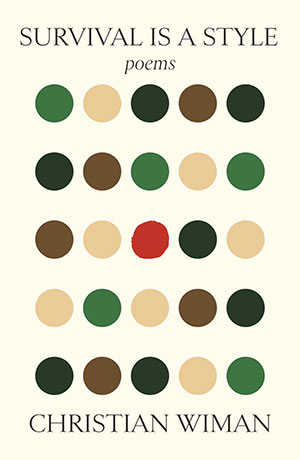 In his memoir He Held Radical Light, Christian Wiman beautifully illustrates his relinquishment of the ambition to write a poem that would survive forever. Instead, the book offers a poetics of mortality, its beauty fading resignedly. In fact, this apparently modest aestheticism has been anticipated since the 2007 publication of Ambition and Survival. Yet we would obviously be wrong to assume that Wiman’s contentedness of giving up the eternal significance of his poetry—just like his giving up of the eternal dimension of his Christian faith—would mean anything to lessen the import of poetry (or of his religion, for that matter). Indeed, we are reminded of the elliptical statements of faith that bookend the celebrated memoir My Bright Abyss: “once more I come to the edge of all I know / and believing nothing believe in this.” Alternatively, the sentence ends with a colon or a period. As it withdraws or collapses, the statement takes its truth, its faith, with it too. As Wiman has become a major thinker of religious experience besides a poet, it is important to consider this stance: theology is not metaphysics.

Now this voice speaks again from Survival Is a Style, Wiman’s latest volume of poetry. If He Held Radical Light shared generously from Wiman’s legacy as editor of Poetry, and from the chamber music of his friendships with Donald Hall, Mary Oliver, and Craig Arnold—whose poem “Meditation on a Grapefruit” is here, perhaps, acknowledged by way of watermelons and other sweet fruits—these poems seem to scuffle around in the background noise of that life, of its pool parties, its faculty meetings, and some somber moments shared with friends. The self-effacing gesture, the withdrawal of the assertion of faith, is achieved at the microlevel, for example, by Wiman’s habit of repeating verbs, as in Every Riven Thing’s “Lord Is Not a Word” (“you did not know / you knew”), thus voiding them of their meaning.

Here, in “A Sketch,” there are “Derringer words” one “hardly needs to use, to use.” With regard to the related content, Wiman will underline the materiality of the brain and mind that, to him, marvelously, enhance the wonder of faith—however delicate it might be—like in “To Grasp at the Mercury Minnows Are” and here in “Spirits.” What is new, however, is that this slim book of poems reads as if it were the husk of a magnificent novel. This is partly the effect of Wiman’s style, which has deepened—allowing for some of the lighter touches that admirers of his memoirs will recognize. Furthermore, it is achieved structurally through the gravity of the long central poem “Parable of a Perfect Silence,” which in turn engages the rest of the book.

Wiman accomplishes a single narrative arc through the idiosyncrasies of a poetry that will always honor the word over the message. That word is mortal, its survival a style.