Will and Testament by Vigdis Hjorth 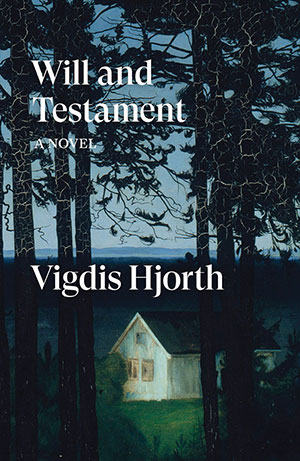 Add Vigdis Hjorth to the growing list of writers of significant autofiction, reality literature whose characters depend on recognizable people and actual situations. Like Karl Ove Knausgaard’s monumental six volumes of the autobiographically inspired My Struggle and Elena Ferrante’s indelible four-volume Neapolitan series (beginning with My Brilliant Friend), Hjorth’s Will and Testament brilliantly examines the troubled life occasioned by recovered memories of a traumatic personal event.

First published in Norway in 2016 and longlisted for the National Book Award for Translated Literature, Will and Testament is a novel embroiled in controversy. Allegedly loosely based on recollections of incestuous sexual abuse, it evoked a rebuttal novel (Free Will) by one of Hjorth’s sisters, an attorney.

A family squabble—like the one in Hjorth’s life—is at the center of her novel and at the core of a series of events that define and clarify it. In the fictional treatment of the story, the character who most resembles Vigdis is called Bergljot, a theater critic estranged from her family for more than two decades. She is divorced with three adult children. The battle lines are drawn in the first two paragraphs. What becomes known as “the inheritance dispute” drives the remainder of the book. Bergljot’s eighty-five-year-old father has unexpectedly died, leading to a “heated argument about how to share the family estate,” particularly two “holiday cabins in Hvaler.”

Two days before the father’s accidental death, Bergljot sided with her older brother, Bard, against her two younger sisters, Astrid and Asa. The novel slowly reveals that Bard has his own reasons for believing Bergljot’s accusations of abuse by their father. It is the “truth that upended her life,” leading to nightmares, “deep distress [and] shock.”

As the story unravels in a series of brief, nonlinear narratives, overlapping details and repetitive information expose the lies, recriminations, and intricate interconnections of a seriously dysfunctional family. No one—beginning with Bergljot’s mother—believes the charges against her father. That is the cause for the long period of estrangement. It is a time recounted as a stretch of darkness, “the kind of darkness that flows and spreads, that penetrates buildings and houses and takes over no matter how many lights you turn on, no matter how many candles you put on the table and in the windowsills . . . a darkness full of knives . . . that cut body and soul.”

Two themes recur during the combatant events in the novel: the clear understanding that the “vilest legacy of abuse destroys the abused and makes them less capable of freeing themselves” and declamatory lines from a Danish poet that “the street of [one’s] childhood is the root of [one’s] being.” Returning to that emotionally impoverished street is a way to “process dramatic events by retelling them over and over.” Endurance becomes the “first duty of all living things.” In essence, telling Bergljot’s story is a way for Hjorth and her alter creation to free themselves from the bounds of being victims.

After her father dies and a new will surfaces, Bergljot is again forced to face the disturbing facts of her childhood experiences. The ongoing rift in the family opens a new chasm, perhaps an insurmountable hurdle. The fissure is obvious when it becomes clear that there will not be a fair distribution of monies to the four siblings. Two of them will receive the cabins; the other two will receive a financial supplement that is supposed to be equal to the value of the properties. When it becomes evident that won’t be the case, Bergljot becomes enraged.

At the reading of her father’s will, Bergljot provides her own testament, confronting her mother and her sisters with graphic details of the childhood abuse. It doesn’t go over well. She is dismissed as a “heartless daughter, selfish and destructive.”

Forgiveness can only go so far. Forgetting is an even longer road.

Reading Will and Testament is like watching ocean waves, waiting for the tsunami to hit. The rhythmic, repetitious prose rolls over the pages, bringing with it swells of intellect and emotion, leaving the debris of devastation and desperation in its wake.