The Haunting of Hajji Hotak by Jamil Jan Kochai 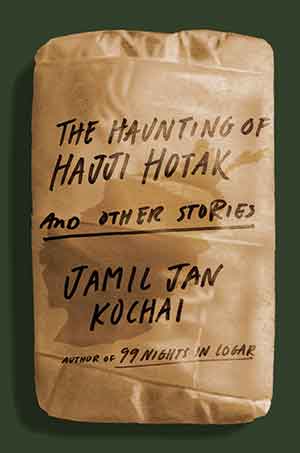 A DREAM: I am helping a boy fly a kite. We are in Afghanistan, where, it seems, all boys fly kites, especially in spring. Spring: the mountainslopes in easeful almond bloom, and above, the white petals of homemade kites pinwheel in the most faraway blue you have ever seen. Spring: hope, renewal. It is spring in my dream.

The distance between the kite and the kite runner is exquisite. There is a slack in the tether even though both the boy and the kite are pulling; I admire the freedom inherent in the slack, the song of it holding the two together, linking without binding. Its magic is manifest: the string keeps the kite both from flying away and from falling. Everywhere around is war and the slopes tick with landmines, in and out of the dream, and—in and out of dream—I am incompetent with kites. All of this I know in my dream; and yet.

In Jamil Jan Kochai’s dreamlike new book, The Haunting of Hajji Hotak, everywhere around the stories’ characters is war: war in Afghanistan, where Kochai’s parents are from, but also in Palestine, and on TV, and in California’s courts and welfare offices where Afghan immigrants fight for workers’ comp and health insurance and food stamps; war with the British, the Khalq, the Soviets, the Americans—and, in the opening story of the collection, “Playing Metal Gear Solid V: The Phantom Pain,” there is war on the computer screen of young Mirwais, whose gaming session becomes a time-traveling rescue mission to save his uncle Watak from being killed by the Soviets outside his family compound in Logar, in the 1980s.

The Haunting of Hajji Hotak is a book of candid devastation and unabashed tenderness and bittersweet delights. Setting his stories inside the Afghan diaspora on both sides of the Atlantic, Kochai encourages us to ask: What is the meaning of home? Who are our family? What is holding us together and in grace, the way a string holds the kite runner to the kite? How do we sustain hope despite the infernal violence we inflict upon one another?

The song that can link us, Kochai suggests, is one that presupposes familiarity. He writes in a kind of youthful jargon reminiscent of Bryan Washington’s Lot: it implies an intimacy with the reader, or else it leaves the reader to figure out that “T” stands for Taliban, “toot” means mulberry, and to learn the cultural significance of Adhan, Asr, beranda, dusmal, shorwa. If you want to be a part of a community, Kochai seems to say, it’s up to you to follow its rules, and you learn the rules of communality empirically, through practice—in this case, through the practice of reading. The effect is that once you’ve figured them out, you’re in: you, too, become a part of Kochai’s extended transatlantic family.

Kochai creates a world and does not slow down to explain it to you; in fact, he barely slows down at all. (But then, neither does the world.) In the breathless twelve-page brain scan of “Enough!” about Rangeena, a homesick matriarch transplant from Logar to Fremont, the first sentence runs ten pages. In “Occupational Hazards,” framed as a curriculum vitae, the main character’s life is a list of elations and tragedies, separated by semicolons. The degrees of heartbreak rise and fall, rise and fall, as they do in real life—and in real war, linked together by love and hope of survival and levity that borders on comedy of the absurd, because people in war are forever “inventing jokes out of dust, out of horror, out of sorrow.” Linguistically, such transitions from micro to macro are shortcuts that allow the reader to imagine all the beauty and terror they omit. And Kochai is the master of shortcuts: in “The Tale of Dully’s Reversion,” a warlord named Rahim “watched helplessly as Shakako climbed down from an apple tree, into his heart”; later, Shakako denies Rahim’s proposal “with a bowl of shorwa and goat shit. But because Shakako had made such a weak effort to conceal the pellets within his soup—or so it seemed to Rahim—he held out hope for his love.”

Many of the stories feature a recurring cast of characters and historic or fictionalized reference points, and Kochai’s devotees will recognize some characters and their grief and aspirations from his coming-of-age novel 99 Nights in Logar (2019). Kochai was born in a refugee camp in Peshawar and grew up in California; one of his characters’ biggest aspirations is to figure out what it means to be home. But who says that home can ever be found? When we learn to wrap our tongue around “home” in another language, home acquires a double meaning. Maybe that’s why we often tether ourselves, even with the faintest of threads, to diasporas, because in them, we are surrounded by people who, too, understand—or who, too, don’t understand. 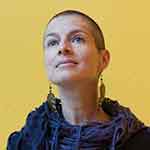 Anna Badkhen was born in the Soviet Union and is a US citizen. Her awards include the Guggenheim Fellowship, the Barry Lopez Visiting Writer in Ethics and Community Fellowship, and the Joel R. Seldin Award from Psychologists for Social Responsibility for writing about civilians in war zones. Her latest book, Bright Unbearable Reality (NYRB, 2022), an essay collection, was longlisted for the National Book Award.