If I Survive You by Jonathan Escoffery 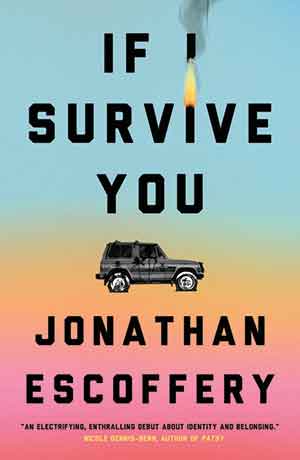 JONATHAN ESCOFFERY, recipient of the 2020 Plimpton Prize and the ASME Award for Fiction, builds a vibrant family saga from a series of interconnected short stories about Jamaican Americans. Brothers Trelawny and Delano constantly hear this refrain: What are you? “‘Black or White?’ the man asks. You look to your brother. ‘Not White,’ you say. ‘Black, then.’ ‘Brown,’ your brother says.” Since they were born in the United States, the brothers don’t sound Jamaican. Trelawny and Delano are too light for Black or brown but too dark for white.

Escoffery’s multiple narrators and shifting points of view broaden the scope of the text. Language defines culture and character. One section, “Under the Ackee Tree,” narrated by Trelawny and Delano’s father, is written entirely in Jamaican dialect. At university Trelawny debates ways to eliminate poverty and the importance of representation while dating only white girls. When he receives his first paycheck, he realizes that the bottom line is having a private toilet.

When his father took Delano after their divorce, Trelawny stayed with his mother. His father thinks Trelawny is defective—too soft, too interested in literature. He wants to leave his house to Delano. Their mother moves back to Jamaica to find her roots. Trelawny feels like an outsider, his home cursed, although he did everything possible to succeed. In fact, as the author widens the narrative to include extended family, many stories mirror Trelawny’s—the search for an estranged father, resentment at being abandoned, and dreams of reconciliation.

Ironically, Trelawny oversees rent-controlled apartments, giving others the home that has eluded him. He demands respect; “we don’t say mulatto in this country.” He rejects all easy definitions of his heritage: “Bob Marley, irie, ganja, poor people, Sandals, ’ey man.” He will not live in exile as a racist stereotype. His survival depends on fully embracing his contested American identity. Trelawny’s story, both hilarious and heartbreaking, is the American story, the struggle of first-generation immigrants seeking acceptance in the country of their birth.