The Earthspinner by Anuradha Roy 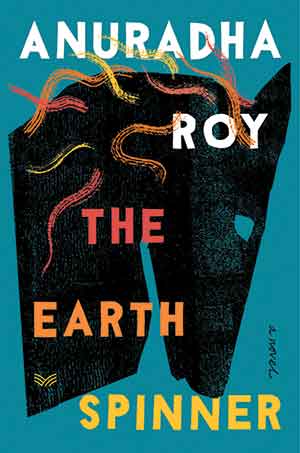 SOME NOVELS SHOUT their politics; others whisper them. Anuradha Roy’s compelling fifth novel, The Earthspinner, belongs to the second clan. It is the story of Elango, a Hindu potter who falls in love with Zohra, a Muslim woman, in 1980s Kummarapet, India, and is punished for it. The violence-filled climax unfolds over a mere smear of pages. A terracotta horse inscribed with Urdu calligraphy is shattered by an angry mob. The reason: the “Hindu” horse is deemed defaced through Urdu, “the language of mullahs [Islamic leaders].” Its creator, Elango, is attacked and made to go into exile. The episode stays with Sara, Elango’s apprentice, whom we meet as a student of literature in England at the start of the book. It also forever changes Chinna, Elango’s foundling dog whose house-to-house visits around the neighborhood were like kintsugi scars holding the place together: “For several days after Elango vanished, Chinna wandered like a demented dog, not coming home even to eat, then turning up bloodied from dog fights, muddy and defeated, to collapse in a corner.”

For all the sadness at its heart, The Earthspinner is often a novel brimming with joy and tenderness. Much of it owes to Chinna and his relationship with Elango after he becomes separated from his owners. A video from Roy’s Instagram page shows two of her dogs playing in the sun. “Call us what you will, we are made such by love,” the caption reads. If the young Chinna could speak, he’d borrow these words to describe Elango’s deep affection for him. The bond between them is instant and indelible. It gives the book some of its most moving passages. In order to protect Chinna from a truculent, dog-hating “old witch,” Elango ties him up before leaving for work. His heart, though, “contracted to see an animal bursting with innocent energy imprisoned all day.” The dog more than Zohra or the terracotta horse he comes to obsess over “unlocked something in him that unnerved him with its power.”

Through the attention Roy lavishes in fleshing out Chinna, she makes glaring the anthropocentric impulse in literature to privilege humans over animals. In her book, Chinna is as much a character as Elango, Sara, and Zohra are. Roy, in fact, devotes the last chapter to him. Chinna goes out on his daily stroll. He is briefly united with his past owner, a woman who never stops looking for him. Once he is home again, he takes “a deep sweet nap during which he would dream of the bushy-haired man who had long ago picked him up in a forest, bathed him in a pond, held him close, and fed him morsels from his own mouth.”

The Earthspinner is also about the art of pottery. The reckless, assiduous pursuit of it; the private consolations of it; the transmission of it and the wondrousness of it. It is a miracle to Elango that “fired clay did not melt back to earth again—it could be broken or weather-beaten but it had a life force that was inextinguishable.” The blasphemous horse he builds is indeed never quite completely destroyed. It endures both physically and spiritually. Sara and her father repurpose some of its pieces: “two of the legs were planted by the guava tree and the tail served as an arch above the birdbath. Tia [Sara’s sister] used one of the hooves as a doorstop.” Parts of it travel to England where, like talismans, they help Sara face her circumstances. While making it, Elango cannot foresee his horse serving a utilitarian purpose. In a place of rampant religious intolerance like India, his horse is dangerous. Elango may even have suspected that it would land him in trouble, “inextricable [as it was] in his mind from Zohra.” And yet he brings the horse to fruition, working on it day after day, with the help of Sara, and Zohra’s grandfather, the blind calligrapher who embellishes the horse with Urdu.

Art persists—whole or as fragments, Roy’s novel tells us. And passion—real, unfeigned, nurtured—can rarely be snuffed out. Roy’s own various passions—for pottery, storytelling, the care of her canine companions in the hills of Ranikhet where she lives—feed into this patiently and intricately crafted work. The Earthspinner is a wise and beautiful novel by any standards.