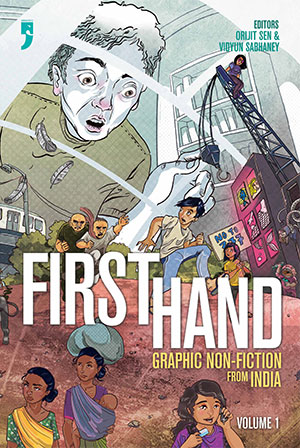 India’s socioeconomic gap is not so much widening as deepening, in the sense that the haves (the ebullient middle and upper class) are becoming increasingly “global” in their makeup, behaviors, and tastes, while the have-nots (the dispossessed, displaced, and perpetually exploited underclass) are being left behind, in a backward limbo stifled by subjection, tradition, and its trappings. Yet the two halves need each other, perhaps now more than ever before. The haves (English-speaking, highly educated, and smartly connected) possess the tools and the knowledge to represent the dire conditions of the have-nots in more effective ways than they could do themselves; while the have-nots, for their part, represent the deep cultural sediments and values that make Indians what they are, as distinct from Americans, Brazilians, Koreans, South Africans, or any other members of the global village.

The book under review is a remarkable example of how such a vital relationship may be shaped. As the first anthology of its kind, the collection owes much of its value to the creative passion and dedication of its editors (Orijit Sen, among other things, is the author of The River of Stories, published in 1994 and considered the first Indian graphic novel). A “tentatively issued open call for entries” generated more than fifty applications, which a careful selection brought down to twenty-two contributions representing half a dozen broad genres (autobiography, biography, commentary, documentary, oral histories, reportage) and a diverse yet impressively consistent range of subjects, narrative formats, and graphic styles.

The selection represents a young demographic of artists and writers who are educated and reside in India and work in academia, media, and communications or for nonprofit organizations active on various social and environmental fronts. More than two-thirds are women, which could explain the number of contributions focused on female characters, if the condition of women in contemporary Indian society were not a touchstone by which many forms of exploitation, abuse, and violence may be assessed.

Of these many forms and their dire consequences, First Hand provides a comprehensive and engaging overview, with pieces on the Right to Information Act of 2005, the Kerala social activist T. A. (Nawab) Rajendran, the life of migrant workers in New Delhi, the politics and life cycle of electronic waste, the traditional likhai (wood-carving) craft of Uttarkhan, the vanishing tribe of itinerant entertainers known as Bahurupiya, and the miraculous careers of three remarkable women: a vegetable seller who became one of Bengal’s most prominent artists; the silent film star Ruby Myers; and the Hindustani classical singer Begum Akhtar.

Mirroring the diversity and complexity of these contributions, the wide range of graphic styles and storytelling techniques confirm the maturity of Indian graphic nonfiction and its ability to address contemporary issues—a capability that is obviously enhanced by a keen awareness of Western alternative, autobiographical, and journalistic comics, combined with a deep understanding of India’s popular visual and narrative culture.