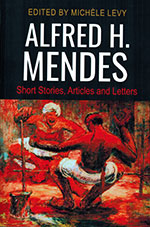 The University of the West Indies Press

This volume provides a crucial glimpse into the literary development of one of Trinidad’s most famous writers and draws his shorter fiction and nonfiction pieces into the same orbit. Alfred H. Mendes, like many Caribbean writers, journeyed far from home in order to locate audiences for his modernist writing, but his voice and vision are authentic to the time and place from which he emerged. 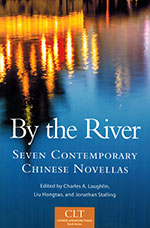 Emerging from a country wildly diverse in both geography and culture, this novella collection is guaranteed to challenge expectations as well as offer a valuable entry point into contemporary Chinese literature. Unified only by form, these stories, including standout pieces by Wang Anyi and Han Shaogong, span the range of emotions while pointing to the universality of the human experiences to be found within the specificity of a particular place. 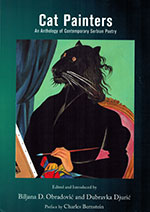 This hefty collection brings together the work of more than seventy Serbian poets, living both at home and abroad, with a smart editorial focus on gender parity. With three introductory essays to serve as guideposts along the journey and generous author biographies accompanying each poet, Cat Painters functions as an excellent travel guide to the rich and diverse world of contemporary Serbian poetry. 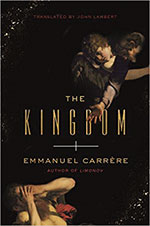 French writer and filmmaker Emmanuel Carrère embarks on an ambitious quest in The Kingdom to peel back the layers of belief and misunderstanding about the first Christians in an attempt to understand the appeal of their message to the world. Mixing fiction, historical research, philosophical reflection, and Carrère’s trademark, often caustic wit, The Kingdom takes the reader on a Quixotic journey to recover the unknowable. 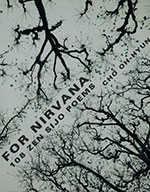 Writing from a monastic retreat in Korea, Cho Oh-Hyun uses the sijo form, a fixed syllabic poem with more than one thousand years of tradition, to explore metaphysical, historical, and personal themes throughout this volume. While some of the poems embrace the kind of open-ended imagery commonly associated with Buddhist poetry, Cho innovates in this volume with narrative techniques that engage the senses and the imagination. 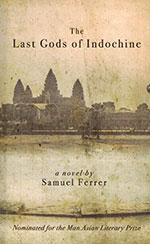 The Last Gods of Indochine

American-born Samuel Ferrer achieves the unlikely in this impressive debut novel, writing believably from the perspective of two narrators separated by six centuries with a rich Southeast Asian landscape as the backdrop to this ambitious story. The first novel written by a non-Asian to be nominated for the Man Asian Literary Prize, The Last Gods of Indochine demonstrates Ferrer’s fascination with history and culture from cover to cover while delivering a gripping narrative. 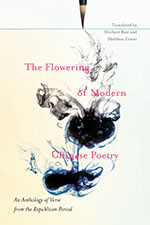 The Flowering of Modern Chinese Poetry

With its lens focused on the period between 1919 and 1949, The Flowering of Modern Chinese Poetry gives a comprehensive survey of the rise of nontraditional poetry during the Republican period of Chinese history. As many of these poets’ legacies have been buried by the Communist era that succeeded them, this volume will introduce major poets to Western readers for the first time, with accompanying biographies to provide context. 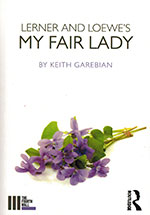 Lerner and Loewe’s My Fair Lady

Critic and essayist Keith Garebian pens this fresh and comprehensive examination of My Fair Lady, the 1956 musical adaptation of George Bernard Shaw’s Pygmalion. With the composers, the libretto, the original actors’ biographies, and details of the show’s initial run under the microscope, Garebian reanimates one of the great musicals of the twentieth century for twenty-first-century readers. 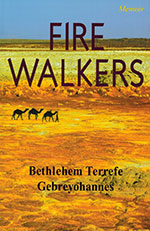 This remarkable memoir recounts one family’s flight from Addis Ababa to Canada after a military coup overthrows the Ethiopian monarchy in 1974. Their journey not only catalogs a time and place now forever lost but is a sobering reminder that the plight of the refugee is a perennial story with only locations and details that change with time. 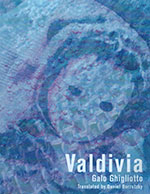 Chilean poet Galo Ghigliotto holds nothing in reserve for this ghoulish tour de force, which mixes childhood anxieties, nightmarish scenes, and historical events into one volume of poetry that nearly boils with intensity. The volume is presented in a flip-book edition that puts Daniel Borzutzky’s fluid English translation on an equal presentational footing with Ghigliotto’s native Spanish. 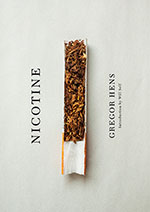 Nicotine is a fascinating examination of the powerful physical and psychological hold that tobacco holds over its addicts, as viewed through the life experiences of German writer and translator Gregor Hens. Packed with highly personal insights that only someone with a decades-long smoking habit could summon, Nicotine is both a sobering testament to the power of tobacco’s icy grip as well as a counterbalance to the demonizing social pressures that lead many to finally quit. 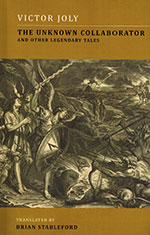 The Unknown Collaborator and Other Legendary Tales

Belgian Romanticist Victor Joly’s work is resurrected in this fascinating collection of three novellas and a short story. In addition to representing the unlikely fusion of French and German Romantic ideals in literature, Joly surprises here with “The End of a Story of which the Beginning Is Familiar,” representing one of the earliest known environmental works incorporating elements of fantasy, a genre we might recognize now as cli-fi. 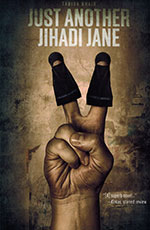 Told in the style of a dictated interview, East Indian author Tabish Khair describes the story of two Muslim immigrants, best friends Jamilla and Ameena. When tragedy strikes Jamilla’s family, the two young women leave England and become part of the Islamist cause in Syria. What they find there will change common perceptions of heroes and villains in this incredible tale. 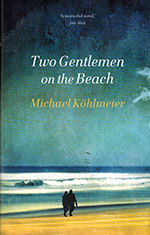 Two Gentlemen on the Beach

Austrian writer Michael Köhlmeier weaves a story about two of the most iconic figures of the twentieth century—Winston Churchill and Charlie Chaplin—in a tale of how a chance meeting revealed the two men were not as opposite as perceived. What started as a way to cope with their depression turns into a heartwarming friendship told through a delicate yet intriguing narrative.

A fierce book that is as much puzzle as narrative, Z213: Exit is the first in a trilogy (known as the Poena Damni) that represents more than three decades of work. Dimitris Lyacos uses a fusion of stream-of-consciousness, verse, and prose to construct this fascinating narrative that approximates a journey made in consecutive nightmares while addressing the big issues that have defined the human experience. 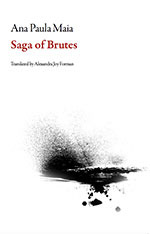 In this raw telling of life in Brazilian mining towns, Ana Paula Maia brings together three stories of men in their daily lives and how they handle the horrific, and sometimes routine, events of their existence. Readers will be entranced by the compelling insights into brutality, compassion, and brotherhood found in this poignant novel. 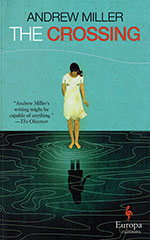 Widely hailed as one of Britain’s finest writers, Andrew Miller returns with The Crossing, the story of one woman’s struggle to maintain her identity against the backdrop of expectations surrounding marriage and motherhood. Miller creates an unforgettable heroine in Maud, meticulously detailing her courage and quest for self determination with his carefully crafted prose and taut plotting. 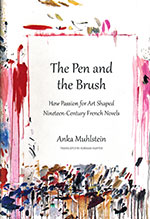 The Pen and the Brush

While painting and writing are very different media, they were very influential on each other during the late nineteenth and early twentieth centuries, as French author Anka Muhlstein shows in her lively and informative biographies of Balzac, Zola, Proust, Huysmans, and Maupassant. 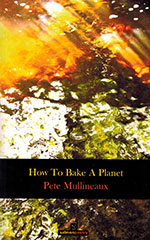 How to Bake a Planet

British-born and Irish transplanted poet Pete Mullineaux returns with this approachable collection that draws his concerns about human isolation from the natural world together with his inventive and thoughtful wordplay. Mullineaux demonstrates a poet’s precision with words yet leaves a place for more casual readers of poetry in his work. 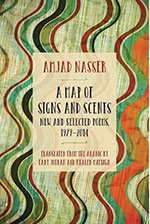 This collection of new translations of Jordanian Amjad Nasser’s poetry serves not only as a survey of his impressive body of work but draws together poems that demonstrate Nasser’s invaluable contribution to the global poetic aesthetic of the late twentieth century and beyond. Rich in images and ideas that emerge from the specific but speak to the universal, A Map of Signs and Scents is the perfect volume to experience Nasser’s poetry for the first time (see WLT, July 2013, 31–32). 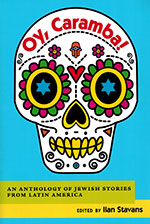 This reissue and expansion of 1994’s Tropical Synagogues samples the cross-pollination of Jewish identity with magical realism in fiction and serves as a vital reminder of the active role that Jews have played in the development of Latin American culture. Drawn from such locales as Argentina, Guatemala, and Mexico, the stories in Oy, Caramba! are largely drawn from the twentieth century and represent a vital component in understanding the Latin American literary experience. 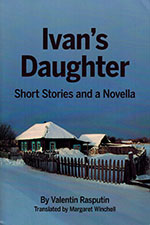 Ivan’s Daughter is a collection of shorter pieces capturing the experience of post-Soviet Russia from Valentin Rasputin’s pointedly ruralist viewpoint. Though often controversial in his political views, Rasputin’s perspectives on the rapid change of the Perestroika period and beyond are vital to outsiders who might seek to understand the mind-set that drives contemporary Russian social and foreign policy. 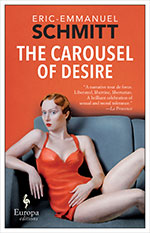 The Carousel of Desire 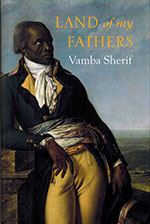 Land of My Fathers

Land of My Fathers is a fascinating book that examines tensions between the recently emancipated colonists who founded the Republic of Liberia and the resident tribes who saw them as just another non-African group taking possession of land that didn’t belong to them. The story takes place over generations and demonstrates the fragile nature of tolerance while also immersing the reader in Liberia’s complex history. 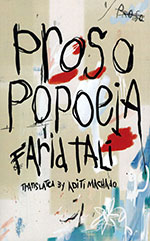 French-Moroccan writer Farid Tali astounds with this meditation on the narrator’s brother’s life and death, alternating between dense prose and narrative verse as he documents the body’s decay, juxtaposed against the grief and joy bound up in his brother’s memory. An excerpt from this exceptional book can be found in the September 2015 issue of WLT. 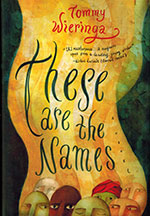 These Are the Names

This probing novel from one of the Netherlands’ best-selling authors tackles head-on the knotted complex of issues surrounding the resettlement of refugees through his protagonist, the police chief of a small border town on the Eurasian steppes who discovers his own buried Jewish identity. Tommy Wieringa’s prose is lyrical and, when needed, biting, but he executes his story with great poise and, above all, an unmistakable sense of humanity. 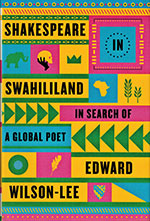 Shakespeare in Swahililand: In Search of a Global Poet

Shakespeare in Swahililand reexamines the history of the English colonization of parts of Africa through the lens of the proliferation of Shakespeare’s writing on the continent, both from the hands of the exploiters and the exploited. In arguing for Shakespeare as a global poet, Edward Wilson-Lee shows how the Bard’s work took on new and surprising layers of meaning in the times and places in which it was read and evoked. 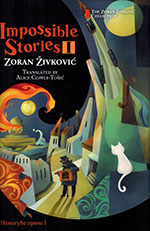 Zoran Živković, one of Serbia’s most beloved and idiosyncratic writers, receives the red-carpet treatment as these new translations by Alice Copple-Tošić, delivered in an attractive and durable hardcover collection, introduce his work to a new generation. The subject of a special section in the November 2011 issue of WLT, Živković’s work is bursting with inventive scenarios, imaginative writing, and unforgettable characters.