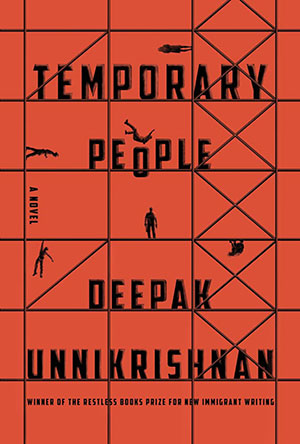 Deepak Unnikrishnan’s Temporary People is a riveting debut collection of twenty-eight short stories written in a mélange of stylistic registers. Fiction, Unnikrishnan writes, has “barely addressed the so-called guest workers of the (Arabian) Gulf.” Divided into three parts—“Limbs,” “Tongue,” and “Home”—Temporary People addresses this absence and explores how “temporary status affects psyches, families, memories, fables, and language(s).” Critical here is the fleeting, groundless, and ephemeral quality of the temporary; its propensity to efface or render ghostly the stories of individual lives. As Muthassi in “Sarama” says: “Everybody . . . has a past that ought to be heard. The present is paralyzed without a past.”

The poignancy of Temporary People is accentuated by the fact that such pasts are often not heard. When the stories find auditors, they assume ghoulish, grotesque shapes. The tone is set by the statement of an anonymous person that serves as an epigraph for “Limbs”: “There exists this city built by labor, mostly men, who disappear after their respective buildings are made. Once the last brick is laid . . . the laborers . . . begin to fade, before disappearing completely. Some believe the men become ghosts, haunting the façades they helped build. When visiting, take note. If outside, and there are buildings nearby, ghosts may already be falling.” Temporary People is thus an attempt to “take note,” to provide narrative and figurative shape to pasts, bodies, tongues, and homes that conditions of temporariness dismember and render spectral.

The ghoulish quality of the tales is, however, counterbalanced by unexpected and sometimes magical correspondences between people, animals, and things. A recurring narrative technique relevant here enacts metamorphoses between human and animal. Metamorphoses plot histories of loss and absence and illustrate how connections emerge contingently and unexpectedly among “pravasis” (immigrants). Anna Varghese, one such pravasi, “tapes” the broken bodies of laborers who fall from buildings in “Birds.” During one night shift, she encounters the paralyzed and dying Iqbal, who narrates stories from his past and articulates his desire to fly uninhibitedly like a bird. Listening to Iqbal enables Anna to eventually take flight from her paralyzing present. “Dog” closes with the cutting down of a pepper tree, below which lies the grave of a loyal family dog. The leveling of the ground that destroys the “dog which became part of a tree” is a resonant image mournfully conveying the effacement of a form of life, a haunting strain that repeatedly reverberates in Temporary People. 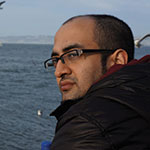 Amit Baishya teaches in the English Department at the University of Oklahoma. He offers courses on postcolonial literatures, cinema, and popular culture.