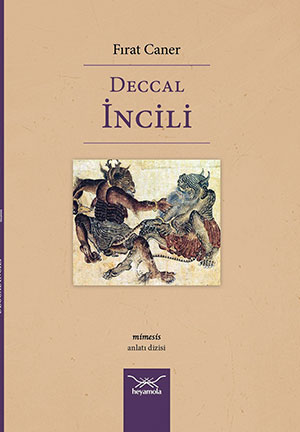 In this playful and provocatively ironic book, Fırat Caner makes his readers suspect the foundations of alleged truths and provides a critique of cultural and sociopolitical assumptions within his narrative. Caner’s iconoclastic effort, perhaps best translated into English as “The Demon’s Gospel,” exploits a variety of emotions, including anger, sarcasm, and irony, through which he discusses a range of issues, from the interaction of good and evil, fate and free will, to knowledge, mineworkers, alienated individuals, inequality among genders, fixed gender roles, and power relations.

In his rich narration, it is hard to pinpoint when it is the demon or the narrator’s voice surfacing. It is, however, certain the narrator/evil endeavors to unmask the genuine intentions of the status quo and expose the disguised forms of social degradation, economic exploitation, and political manipulation. Through the cynical identities of aspiring Faust and alluring Gretchen, the narrator not only portrays the corruption of interpersonal relationships but also provides a panoramic view of society. Society is argued to have emerged among the compromising forces of wealth, advertisement, authority, and media. Through his reinterpretation of history and deconstruction of popular culture with all its concrete institutions and abstract notions, Caner provides concise formulations or brief aphorisms such as “The smartest censorship ever invented is noise” or “Opposition is the smartest invention of Power.”

By embodying evil, the narrator chooses a different strategy in telling the truth, particularly when the demon is regarded as the scapegoat of every bad deed. He refutes the accusations and tries to prevent the potential rebuttals by claiming he has never existed. It is an argument that recalls the aphorism from The Usual Suspects: “The greatest trick the Devil ever pulled was convincing the world he didn’t exist.” Nevertheless, he exists and utters the truth even at the cost of jeopardizing the logic of his own existence.