Tell Them of Battles, Kings, and Elephants by Mathias Énard 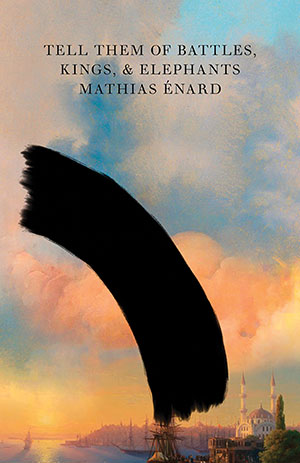 Although there were many intellectual currents, social and political upheavals spanning over four centuries that shaped the contours of the European Renaissance, the artistic spirit of the period was captured in the paintings and sculptures of the two Florentine polymaths—Leonardo da Vinci and Michelangelo. These gifted architects of the High Renaissance were believed to have enjoyed their artistic pursuits without restraint and chiseled their way to fame as “Renaissance men” supported by the generous patronage of the papacy and the wealthy House of Medici in Florence. Beyond these rosy portraits, however, not much was written about the jealousies between them, their resentments at being rejected and mistreated by the authorities and their attempts to look out for greener pastures outside Europe, including in the rival, “infidel” dynasties in the East.

At the beginning of the sixteenth century, Michelangelo, still in his late twenties but basking in the glory of his masterpiece David, which he had just completed, got an invitation from Bayezid II, the Ottoman sultan, to design a bridge across the Golden Horn in Constantinople. This offer came hot on the heels of the rejection of Leonardo da Vinci’s design of the same bridge by the sultan. According to the account of Ascanio Condivi, a pupil and biographer of Michelangelo (as well as that of the famous art historian Giorgio Vasari), although the Florentine artist was then going through a bitter dispute with Pope Julius II, he refused this offer because he feared that it would betray his Christian faith and end up irritating Pope Julius II.

However, a recent discovery in the Ottoman archives of a sketch for the bridge over the Golden Horn attributed to Michelangelo suggests that the famous Florentine artist might have accepted the invitation of the sultan, paid a short visit to Istanbul, and submitted a sketch for the bridge. In addition, Michelangelo’s Carteggio contains the letters he had written from Constantinople to his brother, Buonarroto, and to Sangallo, the architect to the pope in Rome. And the Vatican Apostolic Library, in the Barberini Codex, preserves the plans of the Hagia Sophia he sent to Sangallo. The Museum of Science in Milan also preserves Leonardo da Vinci’s drawing for a bridge over the Golden Horn.

Mathias Énard weaves all these tantalizing facts and fragments into the tapestry of a slender historical novel. Now available in Charlotte Mandell’s deft and supple English translation, Tell Them of Battles, Kings, and Elephants portrays the short period between Thursday, May 13, 1506, when Michelangelo disembarked in the port of Constantinople, and June 25, when he fled the Ottoman capital after a mysterious conspiracy against him, which unfolded the previous night.

The novel tells the story of the renowned Florentine artist arriving at the Ottoman capital to design the epic bridge, leaving the commission of Julius II unfinished, his exploration of the beauty and splendor of Ottoman architecture, his scorn of Leonardo, his bickering over jealous friends back home, his cultural shock at the infidel lifestyle in Constantinople, his warm relationship with Turkish poet Meshihi, his mysterious flirtation with a beautiful female singer, his secretive letters to his brother in Florence and Sangallo in Rome, his struggles to create what he visualized to be his great architectural masterwork, and his immersion in cloak-and-dagger palace intrigues.

Although the artist successfully submitted his sketches, which the sultan repaid with an exceptional homage—a deed of property in Bosnia, which he later gifted to Meshihi—Michelangelo was not able to witness what would happen to his bridge. Victimized by a conspiracy, he had to flee Constantinople a few days after the official opening of the worksite. The bridge, of which the piers, buttress, and the first few arches were erected, collapsed in a terrible earthquake that struck Istanbul on September 14, 1509.

There is a metaphorical significance to the deep and warm relationship between the Western artist and his contemporary Turkish poet who sacrificed everything he owned for his friend. Meshihi obtained the information about the conspiracy against his beloved artist at a huge cost and successfully saved his life. But his love remained unrequited. Michelangelo, who had seen the poet act in cold blood in the night, believed that the poet killed the female singer out of atrocious jealousy. The Western artist and the Eastern poet loved and respected each other, but the relationship ended on a jarring note.

Énard brilliantly captures the quandary in which Michelangelo became embroiled as he struggles to design the bridge. The great Renaissance sculptor is hesitant and vacillating all through the novel. He is portrayed as a ghost of his celebrated self, devoid of the certainty, courage, and get-up-and-go that exemplified the spirit of his time. With his love-hate thoughts on Rome, hesitancy to take up the project, and lingering doubts over its success, he stays in Istanbul like a fish out of water. Aboard a wind-tossed boat, the peerless sculptor and architect is nothing more than a body, twisted with fear and nausea.

The Andalusian beauty who seduces him in the night likens this dilemma to “an infinite twilight, one foot in day and the other in night.” She welcomes him to the banished and condemned world of drinkers, poets, and lovers. Although his fear and confusion propels him into her arms, his body keeps clinging to its certainties, pushes desires away, and refuses to surrender. He seeks glory and wealth and thinks he can win the goodwill of the powerful, but when night falls, he trembles. But she reminds him that the world of strength and bravery where he thinks he can be carried aloft in triumph is another prison. She goes on describing the celebrated artist as “a slave of princes” just like she was “a slave of innkeepers and procurers.”

Sandwiched between Bayezid and the pope, between the tenderness of Meshihi and the perfidy of plotters like Arsalan, and in a city that symbolically stood astride the East and the West, Michelangelo struggled to keep his balance. Deceived by the powerful, he leaves Istanbul in secret, without a penny, but with the prospect of returning to the services of the pope. Returning to Florence, Michelangelo worked tirelessly for sixty more years and enjoyed crowning glory as the architect par excellence of his time. The bridge that he failed to erect between Renaissance Europe and Ottoman Turkey—that metaphorical bridge between East and West—still remains unfinished. 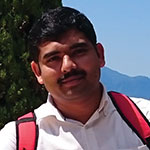 Muhammed Nafih Wafy is a journalist and translator currently based in Muscat, Oman. His English translation and commentary of Kitab al-Hikam, a thirteenth-century collection of Sufi aphorisms, was published in 2010.