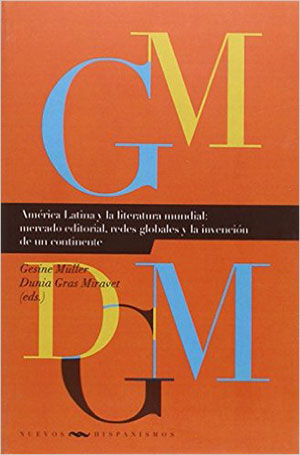 Balancing native triumphalism and kowtowing to foreign views, this extensive collection evinces a pressing need: conveying Latin American literature’s role in world literature. Occasionally hewing to fashionable theoretical discussions for which “global” means anglophone, market-driven, nomadic, rootless, and unconventional, most of the twenty essays and one interview here magnify the state of the art by addressing the selection processes from a European perspective. The second part examines Latin American literature’s presence in Holland (done excellently by Maarten Steenmeijer), France (a necessary update), Italy (limited to an ancillary Peruvian author), and the United Kingdom (very briefly and subjectively chatty). Alas, Spain and a Spanish world literature authority (César Domínguez) are absent from these discussions.

The programmatic first section includes four analyses sustained by tightly woven theoretical arguments, at times making their hypotheses difficult to recapitulate outside the contexts in which they rise. Nevertheless, Mads Rosendahl Thomsen’s examination of transnational politics in Junot Díaz and Roberto Bolaño is convincing if not thorough, and Gesine Müller’s detailed revision of Suhrkamp’s publication of Latin American literature is rightfully mindful of how writings perceived as “worldly” have a greater chance of being translated by German publishers.

Michi Strausfeld’s informative analysis of early Latin American nonfiction in Germany, Dunia Gras Miravet’s highlighting Carlos Fuentes’s contribution to promoting the Boom, and Katharina Einert’s fine study of how the novel defined Latin America for German readers stand out in the third cluster. The final and most expansive part centers on contemporary issues and includes the most thought-provoking articles, mainly those dealing with literary links between Latin America and India (Maurya and Ortiz Wallner) and Benjamin Loy’s valiant rereading of Bolaño and world literature. The book’s opening and closing pieces on transatlantic paradigms and “polylogic” philology are cursory and unpersuasive in their messianism.

Latin American artists have posited that their contemporaneity has to be different since the early 1940s, when Joaquín Torres García explained the South as the new North and source of creative energy and fresh ideas. The world literature of this and other current studies does not deal unswervingly with such views, often for purely academic politics. Perhaps a volume on the incidence of “minor/small” authors or works in world literature could be part of the University of Cologne symposia on which this book is based. América Latina y la literatura mundial is a substantial and very revealing contribution to an unfinished conversation from which anglophone experts will certainly learn.