The Republics by Nathalie Handal 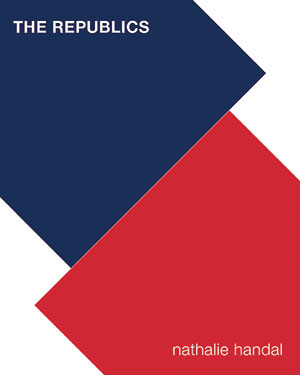 In “Beyond Confession” (2001), Alicia Ostriker insists that a poetry of witness should not only include “history” and “the news” but that it must also arise from a “consciousness that desires, suffers, and chooses” in order to serve as an “ethical [and] political model for the reader.” In The Republics, Nathalie Handal’s ethical-political consciousness suffuses every poem, although she rarely speaks directly from her own perspective having lived in Haiti, preferring instead to amplify voices of those living in Hispaniola, as they speak of histories, traumas, and of Haiti’s devastation by the 2010 earthquake. They speak, too, of their survival.

Echoing the island’s geopolitical and linguistic demarcations, the book contains two sections, “Galaxies: république d’haiti” and “Twilight: república dominicana.” “Galaxies” begins with one of the few poems that foreground the poet’s persona, “The Act of Counting.” The poem situates the reader in the collection’s world and philosophical grounding: “A hollow cry. An open mouth falling inside as you sleep. I prepare my heart and language with better words, like worlds in small selves I’ve built.”

Under examination is whether prepared hearts and “better words” are capable of honestly representing others’ anguish. Moreover, poetry’s ability to generate an active, sociopolitical empathy—to push us out of our “worlds in small selves”—is at stake.

Using primarily prose poems in persona, the poet tunes our ears to the small worlds in homes, bedrooms, and village streets: “A row of hallucinations fighting to lead the way, signposts that don’t direct. Abandoned beat-up Buicks and Mercedes Benzs. Men asleep with open eyes, their vertigo worsening. They beat the light out of the sun with a thinning rope, beat the lightness off their naked bodies. . . . The red lanterns illuminate the valley where the lost blackbirds remember the sound that startled them and the humidity left on skirts.”

This excerpt from “The Villagers and the Sleepwalker” reveals Handal’s exquisite poetics, which support the reader though sometimes gut-wrenching reportage with the use of compelling, visionary imagery, “colors that hum,” and a global village of sound, of Haitian Creole, “bad English,” French, and Spanish.

In 1951 Theodor Adorno wrote that “there is no longer any beauty or any consolation, except in the gaze which goes straight to the horror, withstands it, and in the undiminished consciousness of negativity, holds fast to the possibility of that which is better.” When reading The Republics, one is riveted by linguistic beauty while being simultaneously repelled by the horror. Despite the catalog of inhumanities, readers are sustained by spirit-lines of survival and empathy woven into every poem. The speaker in “Dimensions for Inventions” echoes Adorno: “The yellow paint on the walls is fading and peeling but I imagine butterflies live in the white spots . . . Maybe if we exchange redemption for freedom, things will alter. Language falls asleep on my sofa.”

Inside a masterful poetics, Nathalie Handal’s ethical consciousness directs our gaze toward suffering and yet “holds fast to the possibility of that which is better.” (Editorial note: To read an interview with Nathalie Handal, click here.)