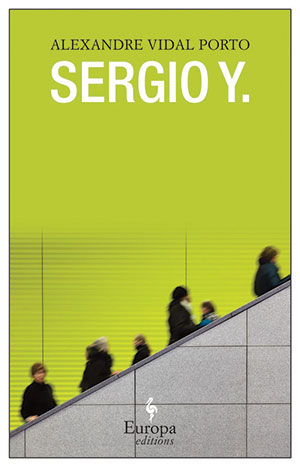 How do we make sense of changes in others that upset the ways we understand ourselves? This question hangs over Sergio Y., a slim novel from Brazil that received the Paraná Literary Prize. In its opening chapters, Armando, a successful seventy-year-old therapist in São Paulo, reflects in a searching tone about his former patient, Sergio Y. The teenage son of a wealthy Armenian family, Sergio came to Armando with a vague unhappiness; Armando found in him a patient of integrity, intelligence, and sobriety. He notes a recurring theme in the “patchwork quilt” of their sessions: Sergio’s interest in a great grandfather who left Armenia for Brazil.

The theme of emigration—and the perilous parallel journey into authentic selfhood and happiness—will become key. The narrative gains dramatic intrigue and psychological depth as Armando recalls spiraling into doubts about his profession after the death of Sergio, who ultimately moved to New York only to be killed there. Further research revealed that his patient had started living as Sandra, transitioning into a female identity. Armando, shocked that this desire never came up in therapy, despaired until a colleague pointed out that he might have played a more minimal role in his patient’s death than he feared. “At the time I did not understand that I had inadvertently reproduced in my mind the stereotype that the death of a transsexual is always caused by the tragic circumstances of his life,” he reflects.

The gradual correction of psychological course that takes place after this insight sees Armando drawing parallels between Sergio’s reinvention and that of two other characters: Sergio’s great-grandfather and a Lithuanian woman who began a new life as a man after emigrating to the US (and whom Sergio read about in a book he bought at Ellis Island—a landmark Armando suggested he visit on his trip). In doing so he raises stimulating questions about the search for identity and creates a sense of connection between multiple such efforts across time, his own included.

One of Armando’s main aims as a narrator is to complicate the narrative of gender transition, to embrace a certain measure of existential mystery that ties it to other journeys of transformation. Aside from a few hasty final chapters—Armando’s meeting with Sandra’s killer in prison, for example, which feels sketched—he accomplishes this with a sensitivity to nuance and a supple, philosophical expansiveness.