The Investigator by Margarita Khemlin 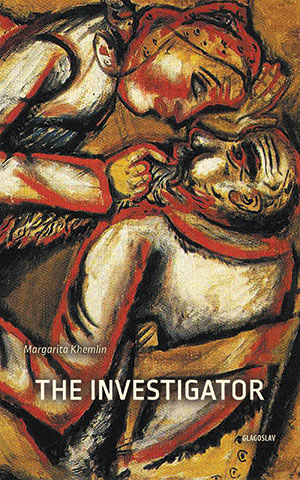 Jewish Ukrainian author Margarita Khemlin’s final novel, The Investigator, was released in English translation just months before her untimely death last year. Khemlin’s meandering detective story takes place in 1950s rural Ukraine, a place blood-soaked with successive atrocities inflicted at the direction of Joseph Stalin and the Nazis: forced collectivization; the Holodomor, “hunger-extermination” of millions of Ukrainians when the Soviets confiscated their crops; and wholesale murders of Ukrainians by their fellow countrymen who were co-opted by the German-controlled local police force. Khemlin’s story allows us to feel the ways in which these tragedies cast a permanent shadow on the place and reverberate in the psyche of its people.

Misha is a midlevel police officer in the town of Chernigov (also Khemlin’s hometown) investigating the apparent murder of Lilia V., a single woman in her mid-thirties. Lilia’s murder and the later suicide of Misha’s best friend turn out to be linked, and Misha shuttles back and forth between Chernigov and its neighboring villages in search of clues and a cache of gold that seems somehow connected to the murder. All the while a nosy neighbor of Lilia V.’s, Laevskaya, manages to constantly be in Misha’s way and even finds the presumed murder weapon, exposing Misha to her relentless ridicule of his shoddy investigative work.

The novel’s irrational tone and twisty plot owe a debt to Fyodor Dostoevsky’s The Brothers Karmazov in featuring a cast of high-strung villagers whose absurd actions and exaggerated reactions obfuscate resolution of the murder. Khemlin’s Misha is a memorable character, distasteful in his anti-Semitism, sexism, and misplaced arrogance but playfully drawn to reveal aspects of his humanity and warmth. In fact, the majority of characters in The Investigator are imbued with moral ambiguity not only regarding possible connections to Lilia V.’s murder but also their families’ roles in Ukraine’s recent past, a blurring of the distinctions between perpetrators and victims. Misha gives his account of the murder investigation in a resigned voice punctuated with sardonic wit. It is a sensibility that feels authentically Ukrainian, and we all are poorer for prematurely losing such a fun and gifted storyteller as Khemlin.