When C. K. Williams died last year, he left behind more than half a century’s worth of superb work as well as a sterling reputation attested to by a Pulitzer Prize, a National Book Award, and a National Book Critics Circle Award. Williams has always been a versatile poet—like his hero, Whitman, he contained multitudes—but he was best known early in his career as a political poet in the Vietnam era. His later work still contains much political and cultural commentary—The Singing, with selections included in this volume, is his most political of the late works—but as his Selected Later Poems shows, Williams is a poet of meditation, more in the tradition of the inwardly focused Donne and Herbert than of public poets like Dryden or Pope. Especially in his later works, Williams transcends the merely “confessional” to become one of America’s greatest poets of the meditative, personal lyric.

Williams’s famous long lines, a poetics he shifted to in the 1970s, augment this meditative quality in his best work. While Williams derived this sweeping line from Whitman’s expansive verse, the effect is very different from that of his predecessor. In Whitman’s poetry, as in that of his close descendants like Allen Ginsberg, the long line creates an effect of breathless prophecy, a poetics for men with beards. Withholding breath until the end of the line, Whitman becomes a Jeremiah proclaiming truth to all, literally breathless with vision. Williams’s long lines, however, are more casual: not so much breathlessness as breathing room. The difference is part diction and imagery but also part syllable count. Whitman pushed past the standard pentameter line but not so far as to lose the gravitational pull of the standard ten syllables. The effect was like a rubber band stretched taut. Williams, however, goes a bit further in line length, so that the pull of gravity shifts from the pentameter all the way to prose, stretching the rubber band until its elasticity gives out.

This looseness results not in slackness but in openness, a line that can accommodate a long and shifting string of thoughts and things. In his essay “Letter to a Workshop,” included in his prose collection In Time, Williams defends the poet’s right to abstraction, and often in these later poems he indulges in long strings of winding thought, as in “Soul in Steel”: “Not frail not fainthearted flighty and I certainly don’t mean merely to mean unmale with those now / happily unacceptable connotations of frivolous faithless flirty emphatically no innuendo like that / I mean rather shouldn’t I be able to conceive a yes unmale soul for this bundle of matter and pain. . . .” The lack of punctuation mirrors the looseness of thought—a stream-of-consciousness technique—but each line is given integrity by heavy alliteration and frequent syllabic accent.

Yet despite his defense of abstraction, Williams is also a poet of particulars, opening up his long lines to include a multitude of the things of this world. “House,” for instance, begins, “The way you’d renovate a ruined house, keeping the ‘shell,’ as we called it, brick, frame, or stone, / and razing the rest: the inside walls – partitions, we say – then stairs, pipes, wiring, commodes.” The list asserts the reality, even as they are removed, of all the trappings of the domestic world in which so many of Williams’s poems take place. Often a line in Williams’s late poems will offer a catalog that seems in tune not so much with the Homeric, epic catalog of Whitman as with the old Sears Roebuck catalog, offering a bit of everything but nothing oversensationalized.

Critics often describe Williams’s lack of sensationalism as “detachment,” and that is a good description as long as one does not take it to mean coldness or indifference. Rather, the dispassionate tone is a way of building emotional urgency in the poem without slipping into sentimentality. As Tony Hoagland said of Jack Gilbert, “It’s the angle between the verbal style and the subject matter that energizes the drama and forms the tone here: a sort of passionate stoicism” (Real Sofistikashun, 2006). Williams’s “passionate stoicism” is a great vehicle for a wide range of meditations: from the crude humor of “Gas,” which is about exactly what it sounds like, to the domestic sublime of the late poems for his wife, Catherine. Death and sex are both frequent topics in Williams’s work, and both are handled not with romanticism or hysteria but with compassion and gravity, a gravity sometimes willed up poetically out of the absurdity of life.

This is a humane poetry and the reason one feels that, even with such a prolific body of work and such a long and accomplished career, we lost C. K. Williams too soon. This volume is a consolation. 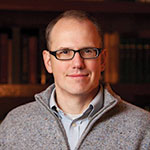 Benjamin Myers is the Oklahoma Poet Laureate, a winner of the Oklahoma Book Award, and the author of Lapse Americana and Elegy for Trains. His poems appear in Yale Review, New York Quarterly, Nimrod, and other journals. He is the Crouch-Mathis Professor of Literature at Oklahoma Baptist University.