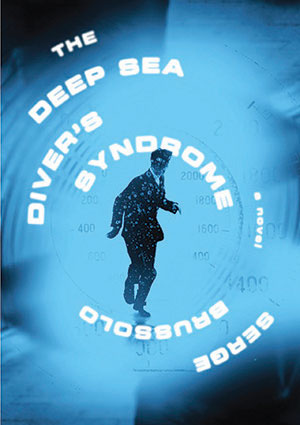 Serge Brussolo is largely unknown in the English-speaking world; The Deep Sea Diver’s Syndrome is the first of his books to be translated into English. Upon finishing this masterful, beautifully written sci-fi thriller, it became apparent that this neglect is almost a crime.

The Deep Sea Diver’s Syndrome is the best book I’ve read this year. It is an engagingly written, relentlessly imaginative work of genius, something that will make you believe in the power of books again. Kudos to Brussolo and to Edward Gauvin, who translated this brilliant prose into something so visceral. I haven’t turned pages like this in quite some time.

The plot follows a man named David, a “deep-dreamer” who conducts heists in a state of deep trance. The jewelry or paintings he’s stealing in the dream world manifest themselves in the real world as floating balls of ectoplasm capable of soothing entire war-torn nations. In this dys/utopian vision of the future, art collectors see no value in any art that doesn’t make them younger, healthier. The best of these creations reside in museums that drive up the property value of the surrounding homes.

The whole novel works as an allegory, which Brussolo even pokes fun of in one tiny line toward the end of the novel. Art as commodity, art as something that drains the artist all while the general public laps it up as trinkets and baubles, uncaring of the inner workings that led to their new toys. For artists of any stripe, this world will resonate.

Forgive me for comparing this to a film, but this book is like Christopher Nolan’s Inception (though the original novel predates this film by more than a decade) as directed by Michel Gondry: a supreme work of imagination, rendered brilliantly.