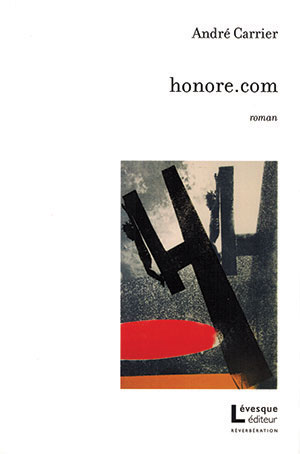 Xavier-Nicolas, the narrator of this idiosyncratic novel, used to be a district attorney in French-speaking Canada. When he prosecutes top-ranking members of the pharmaceutical industry, his life comes under threat and the police decide to make him go undercover by pretending that he has died in a car explosion. Xavier-Nicolas then reappears in Paris under the name of Honoré, where he finds a new, low-profile vocation as a writer of funerary panegyrics. Mourning families send him letters containing their sometimes strange and disjointed musings, which he is supposed to recompose into a suitably public form. As he struggles to meet the demands of his newly anonymous life, Xavier-Nicolas falls in love with Anna, an elderly woman grappling with the anxieties attendant upon aging.

The novel begins like a rather gripping crime novel but soon modulates into the exact opposite. It’s hard to imagine two more antithetical modes juxtaposed: crime fiction and poetic-philosophical pausing on the spot. As with Pierre Raufast’s recent La variante chilienne, the risk with this kind of about-face genre bending is that the reader can feel cheated out of a suspenseful thriller or at least an engagingly intense account of life on the lookout. André Carrier discards such formulaic notions as soon as he can in this novel. In fairness, the reader is forewarned of this to some extent by the philosophical turn the opening chapters begin to take. By the end of the second chapter, we are told in Latin that “to be is to be perceived or to perceive.”

Interesting though some of his reflections are, one can’t help wishing Carrier had taken after the Québécois writer Hubert Aquin, whose metaphysical thriller Prochain épisode strikes me as the ideal blueprint for offbeat, postmodernist detective fiction. But ultimately that is not really the kind of hybrid genre Carrier aspires to. The ending to his novel puts in a perfunctory nod to the detectives on the narrator’s case, but by that time the reader doesn’t really care about detection.

Carrier’s novel is worth savoring for its surreal poetry, its sometimes mind-twisting irrationality. It’s a novel for those who enjoy experimental fiction that dares to break most of the rules of mainstream novelistic writing.

See this book on Goodreads and Amazon.