Young Eliot: From St. Louis to The Waste Land by Robert Crawford 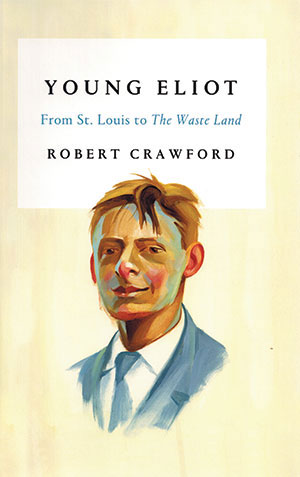 In his essay on Philip Massinger, T. S. Eliot wrote that good poets steal but convert their thefts into something new or at least different. Robert Crawford has shown that they also absorb whatever impinges on their consciousness. By tracing the arc of Eliot’s life from his St. Louis boyhood to the publication of The Waste Land, Crawford has opened the vaults of Eliot’s memory bank, releasing his myriad influences.

His Eliot, whom he affectionately calls Tom, was the youngest of six siblings, including four sisters. He was a bookish lad whose mother also wrote poetry and whose father quoted Latin. He was girl-shy but, like most adolescents, hormonal and eager to lose his virginity. If one feels currents of sexuality rippling throughout The Waste Land with its motifs of impotence, sterility, mechanical lovemaking, lost innocence, and even homosexuality (Mr. Eugenides propositioning the speaker), Crawford supplies evidence that Eliot was much obsessed with sex, quoting his scatological limericks that can still evoke a blush.

Although Crawford has tracked down Eliot’s sources, he presents his findings in a conversational way, as if the reader were in his seminar, and Crawford is sharing his research with colleagues, suggesting that Prufrock’s surname may have been inspired by the Prufrock Furniture Company in St. Louis and that Eliot’s fascination with the Grail myth may have originated with Bullfinch’s Legends of King Arthur.

Family and friends may have thought of him as Tom, but within the boy was a poet who, like Prufrock, had an inner and outer self. Within Tom Eliot was T. S. Eliot who, as Crawford shows, kept evolving as he navigated the flux of his inner life, which included everything—observations, emotions, places visited, conversations overheard, texts old and new, and experiences personal and shared—that came together to form the man who gave his name to an age. One hopes Young Tom is just the first installment of what promises to be the definitive life. Eliot may never have so understanding a biographer.