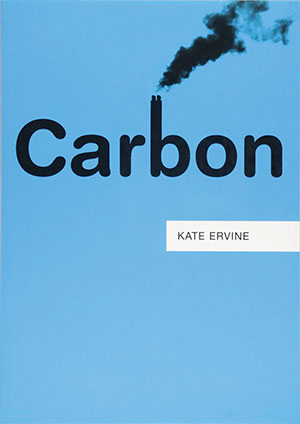 The problem of carbon is challenging every aspect of society today, and there are no easy answers. Kate Ervine, a faculty member in the International Development Studies Program at St. Mary’s University in Nova Scotia, tackles the complexity of the issue with an in-depth analysis of the environmental, economic, and sociological consequences of the use of fossil fuels. Her solution, which she describes as “democratic ecologies,” involves social justice, ethics, and technology, countering the “luxury ecologies” accessible by the privileged few. While they are not described in-depth, “democratic ecologies” do seem to be our only path forward to achieve lower carbon usage and more equitable access to clean resources and economic participation.

Carbon does not start out with a solution; instead, it approaches the question, “What is carbon?” with a lengthy description of its unique chemical properties that make it possible to have so many different structures, allowing for long, complex chains and rings with single, double, and triple bonds. Ervine’s narrative is of transformation and the miracle of life; however, she points out that the same element, carbon, that is a building block of life, is, when misused, the vector of extermination of life on earth. Carbon becomes weaponized as carbon dioxide (CO2) and becomes the primary greenhouse gas, responsible for climate change and the acidification of the oceans. When Ervine begins to discuss the impact of the byproducts of the consumption of carbon and a carbon-based economy, her narrative turns resolutely apocalyptic, as we find ourselves on a trajectory toward a dead planet. And thus, the central problem of carbon narratives is exposed; they can be nihilistic, self-limiting, and subvert science.

There is certainly nothing new in informing us about extinctions and contamination. However, Ervine evaluates the strategies of carbon capture and storage (CCS), carbon offsets, and cap and trade. CCS is a technological approach that purports to be able to take the CO2 produced by manufacturing and to either inject it innocuously into porous underground geological formations or to inject it into partially depleted oil and gas reservoirs where the CO2 will interact with the residual oil, change its miscibility, and allow the hydrocarbons to be produced. Thus, it is possible to simultaneously dispose of CO2 and recover the oil that was left behind. Ervine acknowledges that enhanced oil recovery (EOR) using CO2 injection is a good idea, but CCS and EOR will only take care of a minuscule percentage of the CO2 generated by human activity.

Ervine also critiques economic solutions. She demonstrates how cap and trade and carbon offsets are, in reality, destructive. First, cap and trade allows polluters and carbon users to simply buy their way to continuing their practices. In theory, the trading will result in an equilibrium, but the world’s poorest economies are often the most venal, which means that institutionalized corruption simply exacerbates local social inequalities. Further, the carbon offsets, hedges, and funds that reward investment in capital-intensive green industries can only be fully taken advantage of by those who already wield great financial influence. Even worse, such policies, when coupled with regulatory obligations and punitive laws, may drive small and medium enterprises out of business, resulting in concentrations of wealth, resources, and capital in financial oligopolies.

Ervine points out, with almost alarming clarity, that the growth built on globalization has a foundation in unsustainable consumerism. The more we build our economies on consumption, the more we produce. It’s a Malthusian disaster, not just in terms of population, but in the logarithmic growth of greenhouse gases, climate change, and mounds of plastics. While the high-growth industrializing economies of China and India have improved their citizens’ income prospects, they have also spurred consumption. The environmental utopians have claimed a “small is beautiful” solution by limiting consumption. However, Ervine shows the reader just how a transition from a carbon-based consumption-driven economy would spell the collapse of the world’s financial system.  However, Ervine does give examples, such as Canada, Costa Rica, and Uruguay, where their economies have established transitions or pathways using renewables. The examples are encouraging, except they do not seem to work without ample alternative energy, infrastructure, and a low level of corruption. Further, successful implementation requires a central government and sufficient funds dedicated to building appropriate architecture and to enforcing energy-transitional behaviors. It’s hard to keep from envisioning a dystopian implementation of a utopian aspiration: surveillance, AI-driven monitoring, “social credit” scores, and worse.

In reading Ervine’s text, it is clear we can’t transcend our narratives and their deterministic forms and predictable outcomes. Most narratives used in conjunction with carbon tend to be apocalyptic.  There is also the “jeremiad,” which refers to the biblical account of Jeremiah, who urged sinners to repent before the imminent end of the world. The use of the jeremiad facilitates the rise of a charismatic leader, and with his/her emotional appeals comes the blinding of objectivity and a strong need to remain with the group of “true believers.”  Other narratives that are employed with the carbon narratives tend to perpetuate cognitive bias and encourage confirmation bias and groupthink. What is masked is the fact that we still are not able to transcend our postmodernist condition of extreme skepticism about the narratives used to construct reality. The narratives used to unify will also be used to subvert.  The tight emotional and intellectual control required in the continual manufacture of the dominant culture’s notion of reality contains embedded narratives of resistance and subversion. This is the carbon narrative in operation.

Perhaps that is why Ervine’s final section on pathways toward a sustainable future and her statement that “the collective is essential to democratic ecologies” makes one wish she had described the kinds of political structures and incentives needed.  Our current institutions have been shown to simply perpetuate or exacerbate social inequality and pollution. So, how do we arrive at a collective ability to implement “climate justice”?  Ervine’s book suggests the answer is in pathways to be developed, hopefully soon. To do so, we need to rebuild carbon narratives. 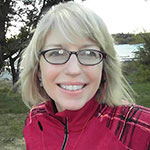