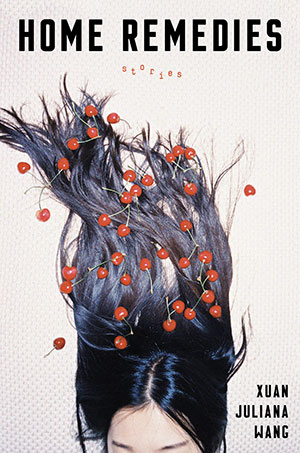 Through lightness and humor, the millennial characters try to invent their own futures and identities while testing the boundaries of the real. In “The Strawberry Years,” Yang, a recent immigrant from Beijing, agrees to introduce a Chinese actress to New York as a favor to a colleague. With her numerous Livestream fans, the actress becomes even more popular in Yang’s Brooklyn apartment, reminiscent of the TV show Beijingers in New York. She slowly takes over his room and his friends, displacing Yang from his own life, as we wonder what will become of him.

Maggie, the second-generation Chinese American narrator in “Future Cat,” owns a wine-aging machine that can mature not just wine but a snail, avocados, her cat, and eventually herself. As she shuttles toward age, she reflects on her family: “Her own parents had spent most of their lives trying to become citizens of this country. She knew there was always a price to be paid, higher than anyone ever anticipates.” Not wanting to revisit both her and her parents’ sacrifices, she states, “She just wants to live!”

“Days of Being Mild” depicts bei piao, twentysomething drifters in post-Olympic Beijing who confess, “We are not good at math or saving money but we are very good at being young.” They make semipornographic music videos to shock Chinese viewers and earn fans in the West. They drift though life lonely and aimless, searching for consequence; as a coda, “Fuerdai to the Max” reveals the consequences of too much aimless privilege among the fuerdai, the second-generation rich.

Time expands and contracts in these stories, which offer glimpses across generations, too. In “Algorithmic Problem-Solving for Father-Daughter Relationships,” the first-generation Chinese father fears his second-generation daughter’s independence. His best means of understanding her requires parsing their relationship through algorithmic code. The parental relationship in “Mott Street in July” represents a “Chinese love,” one of sacrifice and suffering, yet when an oracle grandmother tells the mother her luck has changed, the parents abandon their children to join the story’s invented “Fish Generation,” America’s unwanted immigrants.

Xuan Juliana Wang’s innovative and magnetic voice offers new perspectives on immigration, on the complexities of culture and imagination, love and technology, and the surrealistic visions of the new Chinese generation—perspectives so different from past generations and underrepresented in contemporary literature. Through imagining the future and unburdening the past, Wang vividly captures the now.