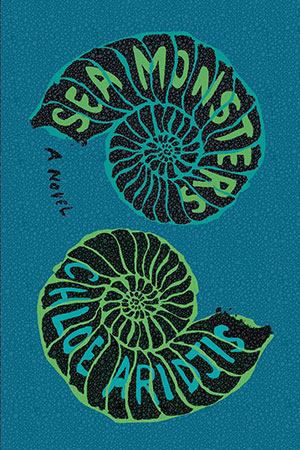 One doesn’t have to see the carved face of the Grand Canyon to know water is powerful and mysterious but also beautiful. It is this combination of danger and poetic mystery that draws a middle-class teenager like Luisa out of her books and into the arms of Joy Division, indifferent romance, and the crashing waves of Zipolite, the beach of death. Chloe Aridjis crafts an undulating story not of innocence lost but innocence exchanged. Luisa exchanges her ordinary and unexceptional days to solve a mystery. This action will lead her to a beach where she meets strangers she believes will want to hear her story, though in truth, she lacks a tale anyone would find thrilling.

Yet the title of the novel seems to promise malicious creatures. As one follows Luisa’s decisions, which lead her away from her predictable middle-class life, the sea monsters reveal themselves to be inside the characters. And in each character there are monsters asking us, “What beast do you have clawing inside?” Luisa is a teenage idealist, a thrill-seeker, and a novice researcher of shipwrecks. Her monster is discovered along the way to her many random yet pointed decisions, such as her most surprising one to run away with a boy to a beach known to drown even skilled swimmers in its treacherous undertow.

The randomness of Luisa’s decisions are a part of the allure and mixed engagement one may find in the book; even Luisa’s escapades in Zipolite are conjured by an obsession she finds arbitrarily: an old article in the newspaper describing the escape of twelve Ukrainian dwarves from a Russian circus, last reported to be heading to the coast of Oaxaca. Although this exotification of little people may seem problematic to 2019 readers, this is part of what sets the tone of the novel: Luisa is detached from the world in her nascent adulthood and innocent of hard experiences. Luisa believes the world around her is calling her to be a part of a grander mystery, but in reality, her decisions are the acts of someone in the midst of becoming who they are.

Aridjis gives us a character who is hard to pin down. We can judge Luisa for pushing her storytelling whims on those around her, but then we would also have to judge ourselves for seeking the trails of narrative when, perhaps, the world is merely existing.