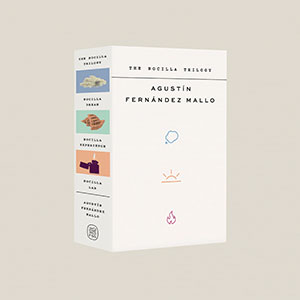 In 2001’s Reality Hunger, David Shields mashed together quotes in a collage manifesto that praised antinarrative tendencies, antigenre hybrids, and a future literature without regard for such outdated categories as “fiction” and “nonfiction.”

This type of experimentation had its progenitors in the sampling culture of hip-hop, and what Shields argued for was a similar sharing, borrowing, and stealing of samples in the interest of creating something new. The Nocilla Trilogy, by Agustín Fernández Mallo (Nocilla Dream, Nocilla Experience, and Nocilla Lab), follows a similar, imaginative playfulness in its construction, in which “the reader will have come across certain real, public biographies that deviate from their original state, as well as fictitious biographies that converge with the sources of other, real ones, all coming together to form [this] ‘docu-fiction.’”

Plot-wise, Nocilla is less concerned with straightforward narrative than it is with a kind of shotgun blast of fragments about the environment and architecture and skin and weather. The flash pieces orbit an invisible sun that is occasionally made visible by a central object, such as a tree with thousands of shoes dangling in its branches, or a small capsule of radioactivity hidden in the overstuffed stomachs of eastern European refugees. All throughout the text there is the lingering specter of entropy, of bodies deteriorating, of light not being able to reach into the darkest parts of us (not a metaphor, but also definitely a metaphor).

This trilogy gave me a whole new way of looking at how books could be written. The quick style blending fact, fiction, and autofiction and blurring all those lines proved to be an exhilarating experience. There’s a bit in Nocilla Experience, the second novel, where a filmmaker encounters a problem while editing his latest film: a third of the reel has been destroyed, leaving all of the characters headless. “It dawned on him that books and reading in the future would not consist of hypertexts or any other technological offshoot, but this: decapitated films.”

Hydralike, the heads are cut off one by one in these books, not literally, but narratively. Passages stop just sort of giving a feeling of embeddedness within a character, or when they run long (as they do in the ill-conceived first third of Nocilla Lab, which is one long sentence), they still maintain a kind of icy distance, a fascination with the exterior and not much to say about the interior, while still giving tantalizing if somewhat baffling passages such as the following: “And this is why I don’t believe that the explanation for inhospitable places, places effectively deactivated from the flow of the world, is that mankind has given up on them, or indeed on life, given that these things exist only in language, rather I believe that this deactivation of inhospitable places comes about because they are the rest of the world’s daydream.”

Indeed many of the places and people read as figments out of a dream, and the first novella is in fact called Nocilla Dream. A quote regarding the Kuleshov effect found in Nocilla Dream gives us a hint to how the book is working: it’s a film technique in which the same image is juxtaposed against various other images, thus changing the initial image (though it technically remains the same). Is that what the reader should make of the constant repetition of Martin Sheen’s Apocalypse Now monologue? How more is teased out every time? Or how the bar in Sardinia is like the one in Azores? These refrains, repeated throughout the text, seem less like anchors and more like a light slowly revealing something in the dark.

As much as it’s about anything, The Nocilla Trilogy is about writing and books themselves, which is probably why I liked it so much. It’s bold and very much itself. Speaking about a corkboard full of messages that sailors would leave one another in a bar that had since sunk into the ocean: “The corkboard and all the words it bore taking on a different meaning entirely, a previously unseen meaning, a meaning that breaks through the frontier of that sometimes insipid feeling between us that suddenly, upon disappearance, becomes essential.” What happens when reality comes in? What happens when the elements and entropy meet the controlled chaos of the fictionalized cut-up? These questions aren’t answered by Nocilla. But now we have new, better questions.