Children of the Cave by Virve Sammalkorpi 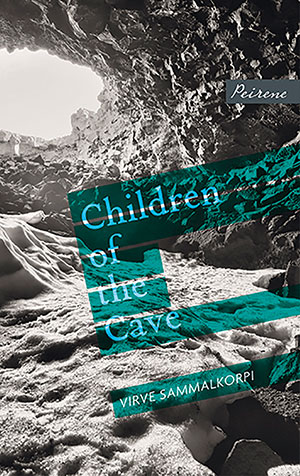 Picture a Russian cave two hundred years ago. Myths persist that it holds “a small tribe of forest dwellers.” Into this uncharted territory marches an expedition searching for descendants of ancient Paphlagonia bordering the Black Sea. What this scientific team finds is fableworthy.

Finnish author Virve Sammalkorpi’s seventh novel is the first in English, translated by a mother-daughter team. Children of the Cave won the 2017 Savonia Literature Prize (City of Kuopio) and the Kuvastaja Fantasy Prize (Finland’s Tolkien Society).

In this story, Professor Jean Moltique, renowned French explorer, leads ten men into the woods. He’s invited young Iax Agolasky, a Russian who studied French in Paris, as interpreter and documentarian. Present-day remnants of Agolasky’s journals convey a fairy tale about “the children of shadows.”

These faunae exhibit both human and animal traits. Perhaps an extinct offshoot of long-lost hominin relatives? Possibly hobbits? Yeti? Werewolves? Cubs? But . . . where are the adults? Three decades before Darwin, Moltique is stumped in his methodical study. What does it mean to be human?

Agolasky sits patiently in the underbrush observing, as did Jane Goodall with chimpanzees and Dian Fossey with mountain gorillas. He leaves small gifts like his mother’s hand mirror, slowly befriending the children: Katya, Buutje, Julia, and especially the maternal Petite, known as Anna.

Agolosky’s notes contain naïveté and wonder. A self-proclaimed bookworm, he’s “a collector of tales,” keeping three different diaries (one in Russian, which Moltique cannot read). The eight assistants are “no conversationalists,” so Agolasky has only Moltique—who seems less and less trustworthy. Soon Agolasky feels a closer kinship with the children, whose emerging history casts them as society’s rejects.

Five years into the mission, the men descend into animalistic behaviors—echoing the narratives of Anansi the Spider, William Golding’s Lord of the Flies, and Joseph Conrad’s Heart of Darkness.

With deft David Copperfield moves, Sammalkorpi keeps readers uncertain of her account’s truth. What’s real and what’s illusion? “It’s dangerous to be different where everyone else is alike,” she warns. “Have you noticed?”

Children of the Cave resounds as a commentary on the present.