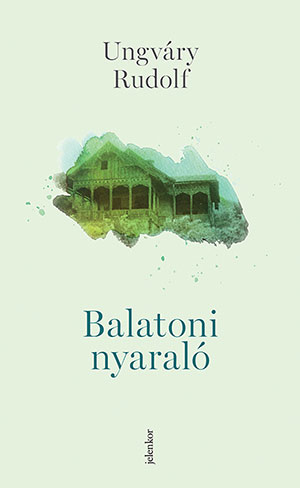 FAMILY SAGAS HAVE recently become fashionable in Hungary. Following Péter Nádas’s excellent semi-autobiography (see WLT, March 2018, 94), Rudolf Ungváry has now produced the saga (documentary fiction?) of a family that, toward the end of the narrative, slowly becomes part of his own life. The central theme of Balatoni nyaraló (Villa at Lake Balaton) is the story of the Lessners, a family of Jewish winegrowers who moved from Germany to Tapolca at the beginning of the seventeenth century and by 1815 began to build the largest wine cellar in this provincial town near Lake Balaton. Ungváry follows the fortunes of the family through its numerous descendants up to today while investigating the profound changes that affected Hungarian society in the meantime.

The freely meandering narrative focuses on the history of Lessner Villa, a summer house built by Mór Lessner in 1885, but in doing so the author enumerates the dramatic social and political changes that happened in the past century. As a result of these, the Lessners lost their hard-earned property, first due to the actions of the Hungarian Fascists and their German allies and then due to the postwar Communist regime, imposed upon the country by the Soviets. Describing the fate of some of the Lessners, Ungváry cannot restrain himself from commenting on their false perception of reality: “It is risky when one mistakes reality too much with the version of reality as one sees it.” In other words, very often overtly optimistic blueprints for the future simply do not match “objective” reality. If somebody of the Jewish faith or of Jewish origin (the Nazis’ Nuremberg Laws drew few distinctions between the two) judged the situation realistically in 1938, he or she had a good chance of surviving the Holocaust; if, on the other hand, he believed the promises of Hungarian politicians, he would more likely perish in Buchenwald or Auschwitz.

Balatoni nyaraló follows the technique of W. G. Sebald’s Austerlitz in peppering the text with photographs of villas and members of the extended Lessner family, which is continued today by the families of Bartuska and Hajós. Ungváry’s docufiction does not shun political judgment of the Hungarian middle classes past and present, a critique made easier by the author’s origins (he has a Swiss mother). The story of the villa and the tribulations of the Lessners lead to a stern conclusion: ”Everything repeats itself—only a little differently.” Centralizing power today disguises itself as democracy, albeit “illiberal” and subjugated to supposed “national interests.” Ungváry knows that no government can “cement” its power for very long in an ever-changing world, that cracks will emerge in the system, even if the green shoots of freedom are slow to appear.

With this book, I think, Ungváry serves well the cause of neglected national self-analysis and the cause of democracy without qualifying epithets.