At the Feet of Mothers by Adnan Mahmutović 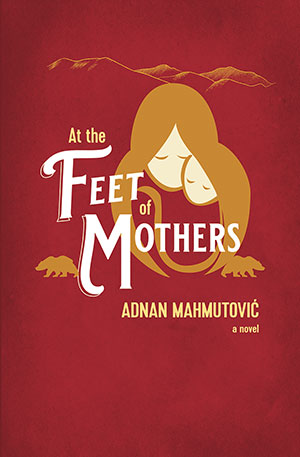 AT THE FEET OF MOTHERS, a Qur’anic trope for paradise, seems initially unrelated to smart but naïve, one-eyed Joseph Schneider (aka Bear Boy or Joe), raised in North Carolina’s Smoky Mountains by his Cherokee mother, Rachel, and his Brooklyn Jewish father, Benjamin. Yet, tracking Joseph’s quest to fulfill his beloved Rachel’s deathbed wish that he find his Palestinian mother (who gave him away to protect him), this novel celebrates story, family, and compassion.

At first, the text appears a picaresque, Joe its engaging young picaro. Its plot structure seems linear—boyhood, youth, adulthood, endings—but past and future repeatedly intrude on Joe’s first-person narrative. When family secrets forged from love create a mystery, the increasingly intricate plot becomes a second pilgrimage from North Carolina to Gaza and Israel. (Rachel’s earlier odyssey had brought her the infant Yusuf.)

The power of story plays an essential role. As in The Thousand and One Nights, which Joseph references, his tale includes the voices of Rachel (ventriloquized after her death), Benjamin, surrogate father Flint, and biological mother Aliya. But as storytelling saves Scheherazade, so Joe must absorb and transcend his family’s past to tell his own story.

Boundaries, meanwhile, often signal violence and exile, a status Joseph and his family share. Benjamin left Poland, then Brooklyn; Flint abandoned Brooklyn; Rachel the reservation and her family; Aliya a refugee camp. Exiled from his Palestinian roots, Joseph leaves his mountain home to reclaim them.

Its voices authentic, its scenes and settings vivid, the novel takes us down Alice’s rabbit hole or through her looking glass—among Joe’s favorite texts. The sharp vision of his single eye beholds a world where reality and magic converge, where the secular Judaism and Christianity of his parents coexist with Rachel’s Cherokee spirituality, where Gaza and Israel have become surrealities, deformed by walls and borders in a barren landscape both physical and symbolic.

Finally, Mahmutović’s beautiful novel shows how love can bridge difference and level artificial walls, opening us to the world. As Joseph plants a mountain seed beside Aliya’s desert grave, he imagines his newfound half-siblings in the mountains playing “with Rachel’s ghost.” Having lain “at the foot” of both mothers and reconciled his roots, he can now construct his own identity.