The Black Cathedral by Marcial Gala 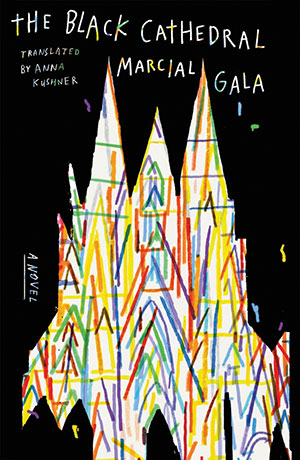 THE BLACK CATHEDRAL is an interesting piece of prose writing. Due to its narrative structure, a series of short paragraphs moving from character to character, and from present to past then past to present, it is certainly a “read at one sitting” novel. Its two-hundred-plus pages blend together in a juxtaposition of actions and opinions, points of view and vicarious commentaries. Apart from the obviously Cuban loci and equally identifiable Hispanic names, The Black Cathedral could have been set anywhere that lesser fortunate masses of humanity congregate. Running through its entirety is a series of human emotions that often blind us to the failings of any society: passion, love, hatred, disposability, and family and societal dysfunction.

The Black Cathedral offers the reader biographical/autobiographical insight into remorseless criminality and the blatant disposability of human lives in a “dog-eat-dog” environment where survival is instinctual. The seemingly casual interaction between the characters, and the insatiable desire of some of these characters to rise above their circumstances, is what encompasses the spirit of the book. One human action follows and exacerbates another in an endless progression of base self-interest. Yet there is a moral to this progression, one that cannot be ignored as the hero/antihero slides into an inevitable sky-fall toward his destiny. Gringo is a hero in his neighborhood, a teenager who has admiring followers and, at the same time, vociferous detractors. His behavior and his attitude are egocentric bordering on sociopathic, and while blaming society and even his victims for what befalls him and them, he does have momentary feelings of regret for his actions.

The title The Black Cathedral has various significances. While there is a physical cathedral being built as a backdrop to the human activities, the cataclysm is in the influence the cathedral, and those associated with it, have on the wider community. The desire to build this massive cathedral comes from Arturo Stuart, the father of a small family that moves to the area from elsewhere. The presence of the individual family members on Gringo and other townspeople impels the former to acts which otherwise might not have occurred. Friends turn against friends, and murder and mayhem ensue. It would appear that the presence of both the Stuart family and the ensuing cathedral build in Punta Gótica (and its environs) has been infected by a black cloud. Is it a black-colored building, or is it only for black people? How can the building of a place of worship cause the release of negative or black thoughts in the populace?

The passage of time is also interesting as it spreads across decades that are only glimpsed by the occasional comment as teens turn into adults and adults become elderly. Some of the characters are murdered, others become murderers, and even others find solace in the bridge between reality and the spirit world.

This is a thought-provoking book with more questions than obvious answers, and it leaves the reader hanging.