Were We Awake by L. M. Brown 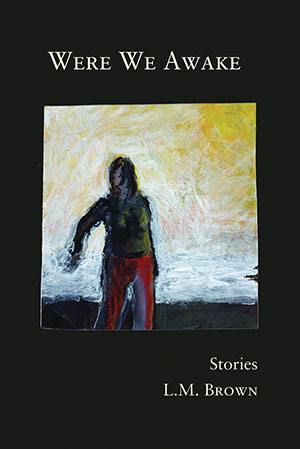 BOOKENDED BY A LYRIC from Emily Dickinson’s “We dream – it is good we are dreaming,” and from which its title is appropriately borrowed, Were We Awake is author L. M. Brown’s 2019 collection of short stories examining life and loss in rural Ireland. Consisting of tales that seem to exist simultaneously in all times and in no time at all, the effect Brown achieves here is illusory and appositely dreamlike, reading as both nostalgic and jarringly current.

Were We Awake capably braids together all the love and lust and loss that round out our lives—those things that make us so tragically and impossibly human. Steeped in death and disillusion, all distinctly Irish, these vignettes are inhabited by fully realized characters living fully realized lives punctuated by a million fully realized losses (of innocence, of ignorance, of marriage, of performance, of identity), which Brown explores adeptly and through a multigenerational lens. Loss scathes and shatters and stays with these characters; it shunts them together and propels them forward, a paradox that suggests the common thread between them, between us, is not life, after all, but death. Brown has produced a collection not about death or bereavement necessarily but, at its core, about human [dis]connection; we are bound and unbound by our ability to love and to grieve and to lose everything.

While Brown’s stand-alone stories are shorter and punchier and tidily self-contained, there’s a quiet sort of brilliance in those that return to and build upon their predecessors (“Communion” / ”Flight,” “Confession” / “Anniversaries” / “Games They Played”), for it is in these stories that Brown has married Dickensian sprawl and Dickinsonian sensibility and somehow contained them in twenty or fewer pages. Pair that with perceptive use of metaphor throughout (the sea is a mirror of a relationship on the verge of imploding, or caged birds, the inability to let go of the past) and the sharp imagery only a native could conjure, and you have Were We Awake, an ideological Celtic knot, which, despite intermittently patchy editing, is an effective and thought-provoking collection.

This is a quick read worthy of being devoured in one sitting and savored in another.