The Body of the Beasts by Audrée Wilhelmy 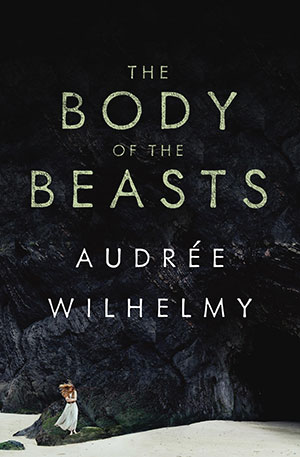 Quebecoise author Audrée Wilhelmy’s third novel chronicles the Borya family’s experiences in fictional Sitjaq’s rugged terrain. Unexpected intimacies erupt and complications ensue. This is also true of the relationships between the author’s books: a key character here, Noé, was introduced in Wilhelmy’s debut, Oss, and her most recent novel, also only in French, connects with all her previous works.

Wilhelmy challenges our ideas about familial ties against a possibly postapocalyptic landscape. This is world-building in which the relational landscape is even more important than forest and sea. Trawlers look like “candies bobbing out on the waves,” and there is an “echo of songs ricocheting off rock faces,” but the family tree overshadows geography: Mie draws “its intertwined roots and branches in the sand dozens of times” in her effort to understand, but it’s not at all like the “trees of frogs or wolves, cranes, ducks, otters. Nowhere has she found anything similar.”

The relationship between the natural and supernatural is fluid. Wilhelmy forces readers to reconsider interactions between humans and other animals while leaving readers to unravel whether the characters’ relationships with reality have been fractured or transformed.

Above all, this is a story of becoming and a recognition of dual natures. Rows of pine trees “protect the village but lay siege to it, too.” And mothers have laps, but they also have lairs. Wilhelmy incorporates archetypal elements to recast the relationship between predator and prey. The language is stark, punctuated with occasional discomfiting and painful images: sores cleaned with tongues, a bird’s body imprinted on a dusty window, a cachelot’s carcass, and jellyfish “swollen like blisters on the smooth face of the beach.”

Wilhelmy incorporates elements of classic feminist Quebecoise writers like Anne Hébert and Marie-Claire Blais, with fairy-tale motifs, interior ruminations, and unanswerable questions. She echoes the thematic concerns of more recent writers, like Andrée Michaud and Élise Turcotte, who examine burgeoning sexuality against a backdrop of potential and actualized violence. And she joins other emerging writers, like Julie Demers and Mikella Nicol, whose spare prose explores the boundaries between social constraints and the wilderness around us and within us.

The Body of the Beasts is a visceral story with wings: rhythmically beating, it both suffocates readers and prepares us to soar.